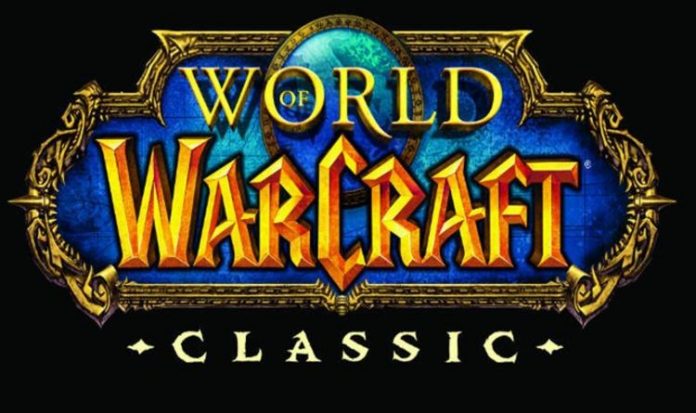 A new leak reportedly sourced directly from Blizzard has confirmed that WoW TBC is coming to World of Warcraft Classic in 2021.

Rumours had been rife that such a plan was in the works, with questionnaires and dataminers pointing to a potential launch.

And now a full press release was found on the official WoW forums, sharing all the details about the World of Warcraft Classic before BlizzCon 2021.

The only downside is that the surprise announcement doesn’t include a firm release date, meaning we can’t expect anything during the BlizzCon weekend.

There is also no mention of a WoW TBC beta being run, but that doesn’t mean one isn’t being planned for this year.

The good news is that other sources have confirmed that The Burning Crusade will be arriving later in 2021.

An excerpt from the leaked information reads: “Journey through the Dark Portal once again in World of Warcraft: Burning Crusade Classic! Originally released in January 2007, The Burning Crusade summoned the heroes of Azeroth to the shattered and fel-scarred realm of Outland to stop an invasion of the demonic Burning Legion.

“In 2021, Blizzard Entertainment’s recreation of the first World of Warcraft expansion will give players from around the world a chance to return to Outland as it once was to relive an era of timeless adventure—or experience what awaits beyond the Dark Portal for the first time.”

A report from Wowhead reveals that The Burning Crusader Classic expansion is launching in 2021 and will be released in phases.

This will be similar to how the original WoW Classic experience was launched, making it possible for Blizzard to drop classic content over months, rather than dumping it all together for gamers to burn through.

A rundown of the leaked WoW Classic TBC information can be found below:

Rediscover the Broken World of Outland – Flee the fel reavers who roam Hellfire Peninsula, dive deep beneath the swamps of Zangarmarsh to confront what lurks below, and clash with the demonic agents of the Burning Legion in the shadow of the Black Temple.

Burning Crusade Features Reborn – Prove your prowess in the Arena PvP system, enhance your gear with the Jewelcrafting profession, take to the skies over Outland on flying mounts, choose whether to seek the aid of the Aldor or the Scryers of Shattrath, and much more.

Choose Your Era – Prior to Burning Crusade Classic’s release, WoW Classic players can decide whether to advance each of their characters to the Burning Crusade era with the rest of their realm, or to continue playing the original WoW Classic content on new Classic Era servers.

Included With Existing World of Warcraft Subscriptions – As with WoW Classic, anyone who subscribes to World of Warcraft can also play Burning Crusade Classic at no additional cost, giving players the freedom to enjoy multiple eras of Azeroth at their own pace.

Other big World of Warcraft news is also being announced during BlizzCon 2021, including the latest content update coming to Shadowlands.

This will be part of the opening showcase, which is being held on Friday, February 19, 2021, and is free to watch online.

The opening ceremony kicks off at 2pm PDT in the United States, or 10pm GMT if you live in the UK.

After that, you can plot your own journey through six different streaming channels: five channels dedicated to World of Warcraft, Hearthstone, Diablo, Overwatch, and a Strategy games channel covering StarCraft, Warcraft III: Reforged, and Heroes of the Storm—plus the main Blizzard channel covering a mix of select panels from the other channels.