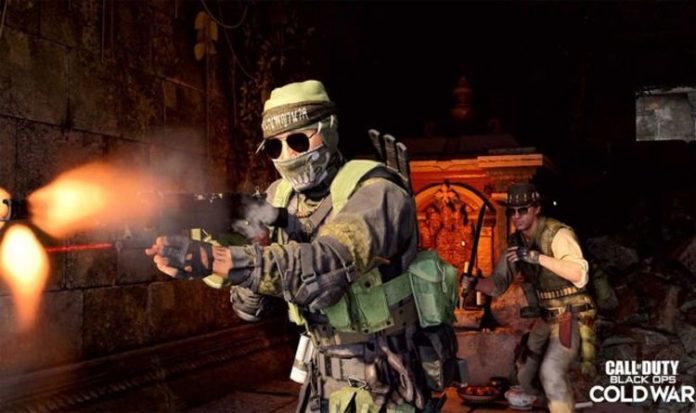 The best Call of Duty Warzone loadouts have been sussed out, and as of right now, there seems to be a few different combos.

Some players enjoy the FFAR and KAR 98K mix, while others are mixing it up with the Mac-10 and Tundra.

Older guns are still getting a look-in, too, with the Grau remaining a solid option for those not having to face off in the highest ranks.

But with the launch of Season 2, there’s a good chance that the meta will change as fresh weapons are dropped in.

It won’t happen instantly, as gamers will need to reach certain tier levels on the new Cold War Battle Pass to unlock them.

But with a new SMG, Assault Rifle and Sniper coming our way, it’s likely one will have some standout mods.

Reading the description of one of these new weapons certainly makes it sound like it could quickly become part of future Warzone Loadouts.

The LC10 SMG has extended damage range, low recoil and above-average fire-rate, which sounds like a dangerous combination.

The good thing to note here is that its damage output is lower than other SMGs, meaning it could keep a balance with other weapons.

The worry here is that the LC10 will pack some mods that will elevate it’s better stats, or perhaps ramp up its damage, creating a lethal package.

The full description reads: “ well-rounded full auto submachine gun, the LC10 grants CQB Operators the ability to stretch fights out into the mid-range on a smaller, agile weapon platform thanks to its solid accuracy and extended effective damage range. Although its damage per shot is on the lower end of the SMG spectrum, its above-average fire rate and lower recoil can prove to be a deadly combination.

“Obtain the LC10 for free to use in Black Ops Cold War and Warzone at Tier 31 of the Season Two Battle Pass, just by playing the game.”

It certainly sounds like it has enough good points to make it a viable choice, but we won’t know for sure until players unlock it and complete its levelling.

The ZRG 20mm Sniper is being released during Season Two, meaning it won’t be available to use on February 25.

But it’s another new weapon that could quickly establish itself if it can eliminate players with a single chest shot.

The Sniper description adds: “Built for sharpshooters who need power to eliminate targets at extremely long ranges, this bolt-action sniper rifle boasts a faster bullet velocity than any other weapon in its class, as well as the ability to eliminate Operators with a single shot to the head, chest, or shoulders in exchange for a slower fire rate.

“Its reload speeds are among the fastest in the category, allowing snipers to quickly change out magazines when faced with multiple hostile forces.”

The FARA 83 doesn’t come with a lot of detail but what has been shared suggests it could rival the FFAR soon enough, with Treyarch telling fans this week:

“This fully-automatic assault rifle is a heavyweight among its peers, as it claims one of the fastest fire rates in its class and outstanding effective range for solid damage. In the hands of a capable Operator, the FARA 83 can be a true force in crushing the opposition.

“Obtain the FARA 83 for free to use in Black Ops Cold War and Warzone at Tier 15 of the Season Two Battle Pass, just by playing the game.”