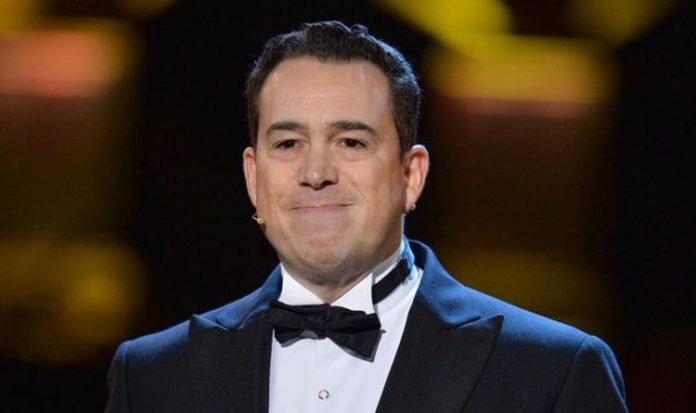 Top West End producer Kenny Wax, the man behind smash-hit musical Six, is among top industry figures urging for future shows to be underwritten by the government for the short-term, to ensure they can plug the financial gap between a socially distanced venue and the capacity needed to make it viable for the production to run. While Britain’s theatre buildings have been able to access funding through the Government’s £1.57bn Culture Recovery Fund, many need producing companies to make touring shows to fill their stages. The League of Independent Producers has submitted a joint bid to the Arts Council and the Department for Digital, Culture, Media and Sport, in the hope it will enable them to stage work without the fear of crippling losses.

Kenny whose array of hit shows also include The Play That Goes Wrong and Top Hat, said: “The Government have put a lot of money into these theatres, quite rightly, to keep them afloat, but you now have to have shows to put into them.

And you will only get shows if you can guarantee a socially distanced balance of box office, if that is what it needs to be.

“Rather than us bidding against each other for a slice of the cultural recovery fund money we have chosen to try and come together and create something that would benefit the whole industry.

“There is no point in the provincial theatres opening if there are no shows for them to put on their stages. It also wouldn’t be viable for them to open for one week for a show, then have two weeks off, and then one night, and then another break.

These theatres have full-time staff and all the associated costs so it would just not be viable unless they can schedule a full programme.

Kenny says that in normal times there would be around 150 productions moving round the UK with around 50 major shows filling ‘first class’ venues – those able to seat audiences of over 1,000.

He added: “I think a eat out to help out style scheme could definitely work in the West End when it reopens but we need to create something that can equally support touring shows. We have endured so much expensive getting shows ready over the past year, only to have to see them close and that is just not sustainable without some sort of financial scheme in place to cover lost costs.

According to Arts Council England, the arts and culture industry contributes more than £10 billion a year to the UK economy, with £3 spent on food, drink, accommodation and travel for every £1 spent on theatre tickets.

Edward Snape, from production company Fiery Angel, added: “We just need reassurance from some kind of scheme, which means that if there is a shortfall at the box office – because of social distancing – there is some kind of mechanism to give confidence to both theatres and producers to go ahead and try to put tours together.”

Birmingham Hippodrome chief executive and artistic director Fiona Allan said if tour producers were unable to sell to full capacity because of social distancing regulations, very few producers could take the financial risk of putting on a show.

She said:  “If there is no regional touring most venues can’t operate. We need the touring infrastructure to get back up and running and we need people to be able to plan to take shows back out on tour. We do believe that will require some other sort of assistance from the government.”

Theatre Royal Newcastle chief executive Philip Bernays said: “We rely on commercial touring theatre producers and they need certainty and confidence to put stuff on the road – and they will need support.”