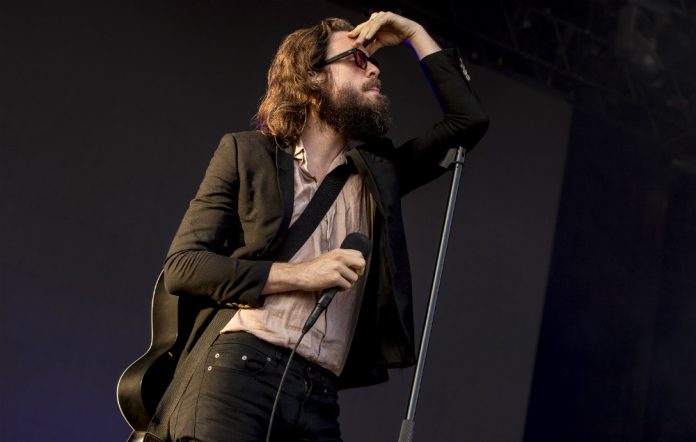 It’s the title track of his latest album.

The video sees the singer – real name Josh Tillman – wandering unsteadily through the streets of New York, swigging a beer, and stealing flowers from a shrine, as dawn looks set to break.

It was filmed in a single shot, and sees the singer begin his walk around East 7th Street and Avenue A – the intersection mentioned in the song lyrics.

It was directed by Tillman’s wife, artist Emma Elizabeth Tillman, who also made short film ‘The History of Caves’ in 2013, which her husband wrote the soundtrack for.

The clip follows the videos to ‘Please Don’t Die‘ and the bizarre and gory ‘Mr Tillman‘, which were released earlier this year.

‘God’s Favorite Customer‘ is the title track of FJM’s latest album, which was released on June 1.

Tillman described the follow-up to last year’s acclaimed ‘Pure Comedy‘ as less isolating than its predecessor, calling it a “heartache album”.

The singer recently played Primavera festival, where he celebrated his album release by performing tracks from the new LP, as well as old favourites.

He also put in an appearance at London’s All Points East festival in Victoria Park, where he put in a “charming” and “devastating” performance, with his “charisma and sheer class putting him a league of his own as a live act”.