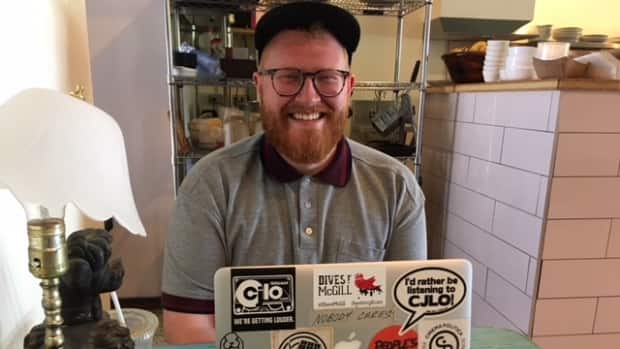 With music (or any art, for that matter) the relationship between potential fans and local creators is pretty much like that well-known story of unrequited love: Two people are great friends, but one half of the couple is constantly looking elsewhere for that great love.

The other person knows they could grow together. But still, despite those “finish-your-sentence,” intimate moments, the love that could blossom stays dormant, waiting for the right time and place to ignite.

Concert producer and music fan Josh Spencer knows that love story well, and is trying to play cupid for the local music scene.

For a few years, he’s been working to create that same kind of spark between musicians and music-lovers, booking shows for artists who play to audiences of anywhere from 50 to 300 people at independent cafés and venues.

Eventually his production company, Kick Drum, started to be flooded with emails from other artists looking for great venues and cool local acts to gig with on their DIY tours.

Spencer thought of a simple solution: create a catalogue online where people could find what they didn’t even know they were looking for.

On Katalogue.ca, you can scroll through over 1,000 Montreal artists of pretty much all of the musical genres you can name. You’ll find links to their websites, their bookers or management teams, and most importantly, their music.

The idea is not that original, but there isn’t anything of its kind for a city that has become world-known as the “culture capital of Canada,” as Spencer, a small town British Columbia native, called Montreal.

The timing makes sense, because this is where we are now with music: online is the new word of mouth.

“It’s so rewarding to find a local musician you like, to follow them, to see them progress and develop their style,” he said about the value of supporting local artists.

“You see them in intimate settings, you get to talk to them afterwards because they’re approachable, you get to become friends with them.”

Doing it for the love

For Spencer, Katalogue is about connecting musicians to each other, but also about helping fans have “rich experiences” with music and the people who make it in settings that are not big stadiums or big festivals.

“What I want to do is slowly change the culture around how we listen and find music,” he said.

Even though he acknowledges that those spaces have their place, he worries that too many people have formed their musical tastes and perceptions of live music based on what they see and hear at a 10,000-person festival which, more times than not, doesn’t focus on local acts.

“People don’t realize that they can get amazing quality music for $8 any day of the week,” he explained. 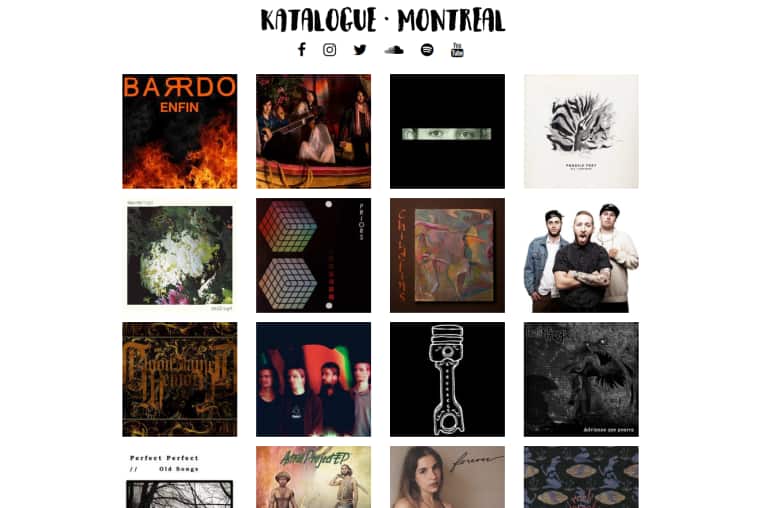 The Katalogue website is a growing list of over 1,000 local artists and bands, grouped by genre. (Katalogue.ca)

It doesn’t matter if if you’ve recorded your music in your bedroom or at a professional studio, you have equal opportunity to be listed on Katalogue. Some artists are signed to local record labels, some are independent. Some have managers, bookers and a few albums.

Others, like many punk bands, only have a bandcamp account and no social media, but they’re also listed.

“We don’t curate anything. As long as you’re a local band, and you’re not professing hate-speech, then we’ll put you on there,” Spencer said.

He isn’t claiming to be an authority on all music coming out of Montreal. So for the music communities to which he doesn’t belong — jazz, reggae or world music, for example — he’s hoping that once artists or fans get more familiar with Katalogue, they’ll use the submission function.

Spencer says he is also excited about adding filters so queer or POC artists can self-identify on the site and potentially garner more opportunities.

On a personal note, as a local musician in a touring band that’s been kicking around for 15 years, finding our band listed in Katalogue is obviously a form of free promotion that we appreciate.

But we also strongly believe that we wouldn’t exist if we weren’t from this city, so it’s cool to find yourself within the larger Montreal music community in a context that doesn’t pit us against each other.

Spencer explained that people are increasingly interested in buying local, and that principle carries over to other domains.

“Has some of that applied to music? It has, but I think it’s lagged behind.”