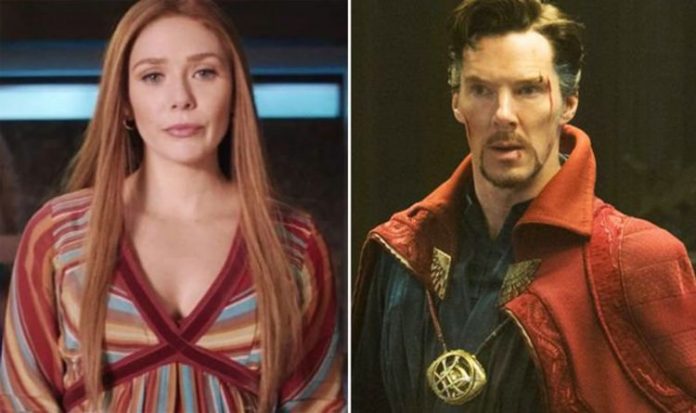 WARNING SPOILERS FOR WANDAVISION EPISODE 4 AHEAD. This morning’s episode of WandaVision finally gave Marvel fans some much-needed answers, by revealing what’s being going on in the real world. It looks like Scarlet Witch has constructed an idealised reality to deal with her trauma after having to kill Vision in Avengers Infinity War to stop Thanos.

Of course, the Mad Titan just used the Time Stone to bring Vision back which meant poor Wanda had to watch him die twice.

Now what was a particularly creepy in WandaVision episode 4 was the reveal that Scarlet Witch is hanging out with Vision’s corpse, manipulating reality around the body.

Even more disturbingly she seems to actually know that she’s doing it.

Wanda was blipped at the end of Avengers Infinity War before being resurrected in Avengers Endgame so Vision’s death will still be all too fresh for her, but just how did she get his body after five years?

Now if Wanda is the “villain” it may be more complicated than meets the eye and doesn’t necessarily mean she can’t be redeemed, especially if she’s being manipulated by a bigger antagonist. After all, this is an extremely powerful superhero in a very vulnerable position dealing with serious grief.

Now let’s not forget that there are a couple of characters in her sitcom world who weren’t identified by S.W.O.R.D.

Agnes, who was spotted but not given an ID is believed by some fans to be the witch Agatha Harkness from the comics. While Dottie, who was completely missing, could well be Mephisto – Marvel’s version of the Devil.

After all, WandaVision episode 2 saw Agnes say, “The devil’s in the details”, to which Dottie replied, “That’s not all he’s in.”

Aside from the suspicions surrounding Dottie and Agnes, there’s also the latter’s husband Ralph who is yet to appear, with some fans believing him to be Mephisto.

What’s particularly interesting is that in the comics Agatha warns Scarlet Witch that her children were created from fragments of Mephisto himself.

Once the Marvel Devil reabsorbed the twins, Agnes wiped Wanda’s memory of her children ever existing.

Now since Wanda and Vision have two boys in her manipulated reality, perhaps this is what’s going on, or is at least inspired somewhat by the comics.

Looking at the overall big picture, Marvel Phase 4 is set to explore the multiverse and Wanda may very well be the key.

But before Doctor Strange in the Multiverse of Madness arrives in 2022 we’ve got Untitled Spider-Man 3 this Christmas.

The third solo movie for Tom Holland’s Peter Parker is set to feature alternate Spider-Man incarnations and villains from previous Sony movies, but is this Scarlet Witch’s doing? We’ll have to wait and see.

In the meantime, WandaVision has five episodes left and Vision star Paul Bettany has teased that towards the end it feels like a full-on action movie, so anything could happen.