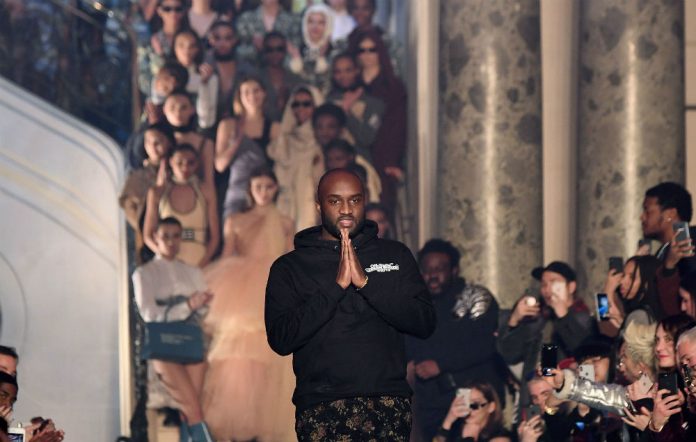 Abloh was also joined for the special occasion by a host of his music friends and colleagues including Kid Cudi, Dev Hynes, Playboi Carti and Steve Lacy. According to Vogue, all walked the runway as part of Abloh’s debut show.

As Kid Cudi took to the runway, the opening track from West’s new album ‘ye’ – ‘I Thought about Killing You’ soundtracked his walk.

Music for the rest of the show came via BADBADNOTGOOD who also covered another track from ‘ye’ – ‘Ghost Town’.

As Abloh came out for his celebratory walk down the runway, he and Kanye shared a special moment as Kanye hugged his long-term creative director in an emotional embrace.

There were many other famous faces in the audience too, including Kim Kardashian, Travis Scott, Kylie Jenner and Rihanna.

It’s been a busy year for Abloh. After being announced as the artistic director of Louis Vuitton’s men’s collections, Abloh also released an EP with Berlin-based producer Boys Noise and debuted a new radio show on Apple Music.