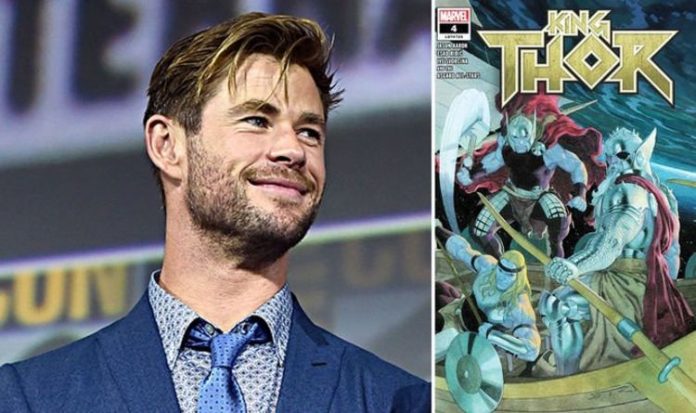 The fan wrote: “In the series, the Thors are brought together by a series of events caused by the god butchering villain, Gorr.

“I believe that the upcoming Thor Love and Thunder will pull from this storyline but will change some of the details to match the MCU.”

Let’s not forget that we last saw Fat Thor jetting off into space with the Guardians of the Galaxy at the conclusion to Avengers Endgame.