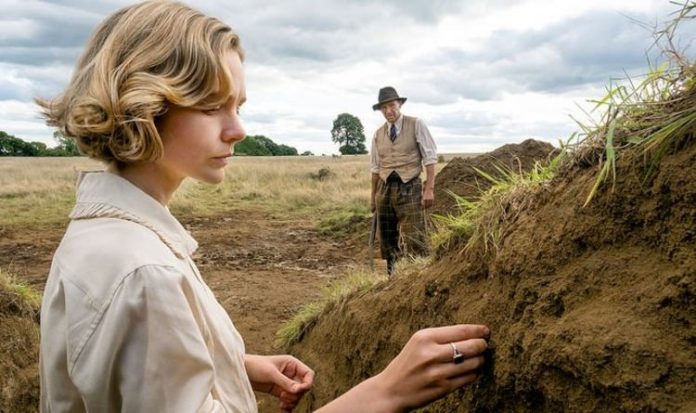 Its handsome photography and starry cast are clear evidence of Covid-thwarted big-screen ambition but, to me, it feels more at home on the living room TV. Play it in Time Team’s old Sundayteatime slot to help you blissfully sleep off your roast dinner to the gentle sounds of scraping trowels. Ralph Fiennes delivers a restrained performance as Basil Brown, the self-taught working-class “excavationist” (to Basil, “archaeologist” is too fancy by far) who unearths the buried ship on the eve of the Second World War.

He was hired by widowed land owner Edith Pretty (Carey Mulligan) to investigate the two ancient burial mounds that form the centrepiece of her Suffolk estate. The first half is a sedate and quietly engrossing character study as class boundaries blur and Basil and Edith forge a mutual respect.

Sadly, at about the halfway mark, the filmmakers shunt their two talented leads to the sidelines.

If you had a half-hour kip in the middle, you’d feel like you’d woken up to a different film entirely.