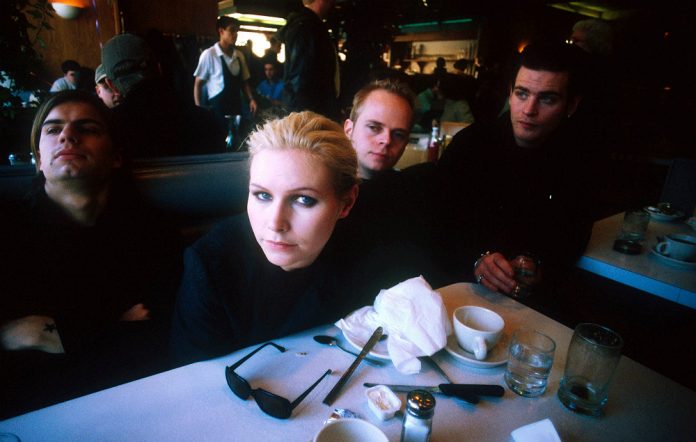 These will be their only shows of the year

The Cardigans have announced that they’ll be heading out on tour to celebrate the 20th anniversary of their 1998 album ‘Gran Turismo’.

The Swedish indie veterans’ fourth album saw the band adopt a darker and more experimental sound, blending rock with electronica. It contained the singles ‘My Favourite Game’, ‘Erase/Rewind’ and ‘Hanging Around’. The album peaked at No.8 in the UK.

Now, they’ll be performing the album in full at their ‘only shows of 2018’ with gigs in Manchester, Glasgow, Birmingham and London.

The Cardigans’ full upcoming UK tour dates are below. Tickets are on sale from 9am on Friday June 22 and will be available here.

“It’s really fun to do greatest hits things, since there’s nothing else,” said singer Nina Persson in 2014, “but I think if we continue having this much fun we would like to make another record, because we like to create new things.”