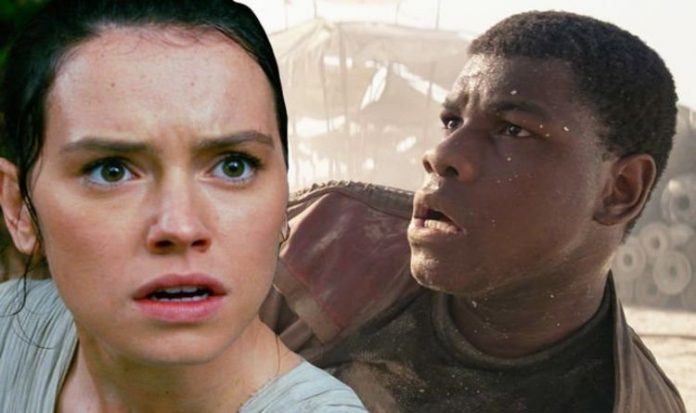 Star Wars fans were thrilled in 2017 when The Force Awakens arrived on screen. The film itself worked as a method of recreating the events of A New Hope in a new era. Not only did it introduce a brand new cast of characters, it also followed a lot of the main plot lines as its predecessor.

One key aspect of A New Hope The Force Awakens did avoid, however, was any romance between the main cast.

The sequel trilogy did not include anything like this between its characters – but now it has been revealed that Rey (Daisy Ridley) and Finn (John Boyega) were originally supposed to indulge in a little spaceship romance.

Star Wars novelist Alan Dean Foster wrote the novelisation of The Force Awakens, and recently spoke out about his experience working with the franchise.

In an interview Foster explained how he was forced to take out a romance between the two characters.

“I’m going to tell you one thing they made me take out because enough time has passed, I don’t think it matters.

“There was obviously the beginnings of a relationship between John Boyega’s character [Finn] and Daisy Ridley’s character [Rey].”

The star had appeared as the loveable droid for the past six films, and was keen to make his return in The Force Awakens.

In a recent interview, Daniels said: “Adored working on that film. Adored it.”

Despite this, he went on to explain what irritated him about his character’s comeback.

He said: “Apart from one argument, right at the beginning with the director, with J.J.”

Daniels explained that he truly didn’t like that C-3PO had been given a new red arm.

He said he bickered with director JJ Abrams over it, saying: “I did not like the red arm, okay? I thought it was too big, too overt, too clumsy a gesture.”

The 74-year-old added: “So every day on the set I would say to J.J., ‘No forgiveness, ever.’ He would laugh. I so persecuted J.J. on the set of The Force Awakens about the red arm. I gave him no order at all. And we finished and that was it.”