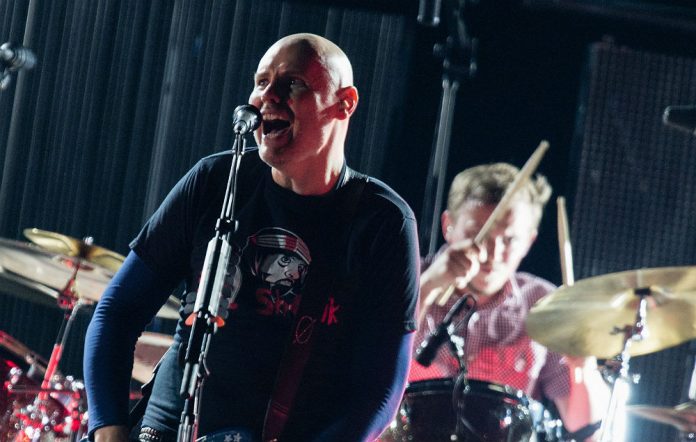 Smashing Pumpkins frontman Billy Corgan has opened up about his own past battles with depression and suicidal thoughts.

Corgan was speaking to Howard Stern, when the subject of losing the likes of Chris Cornell, Chester Bennington and Anthony to suicide in recent years arose. The rock veteran said that that he was “empathetic” to any who’s experienced suicidal thoughts as he “understands it’s the worst”.

“I didn’t know what to do, anybody who has experienced this I’m totally empathetic, I was having massive panic attacks,” revealed Corgan. “I would be in the shower, and my heart would start racing, and I was like, I’m losing my mind. Now I understand. It’s the worst.”

As Alternative Nation reports, Corgan went on: “As somebody who has stood right on the edge of taking my own life, I am not only firmly against it, I would say that it is never worth it.”

Asked about what saved him, Corgan replied: “To me it is a spiritual question. This is my version. You are saying to God, ‘I don’t accept my circumstance, and I’m going to stop this game’. The secondary part of that is you are saying, ‘I can’t imagine a tomorrow where there will be laughter or happiness.’ That is unfathomable to me now, and that’s what keeps me going. I think of my son. I think about how I could sell everything and move to an island.”

He continued: “You do what you got to do to get through, but under no circumstances, I would say maybe the only asterisk is if there is a health issue, but that’s a totally separate question, but if you are healthy in head and heart, I can’t imagine a circumstance where you would take your own life.

“Anybody in our business who has I really grieve for them and their families, because God gave them so much, and we lose so much when we lose those people.”

The interview with Stern also saw Corgan hit back at former Pumpkins’ bassist D’Arcy Wretzky’s claims that he had a brain tumour – as well as explaining why she was no longer part of the band. This comes as the majority of the reunited ‘classic’ line-up made their live debut on US TV, where they performed comeback single ‘Solara‘.

It was also recently announced that the band will be playing London’s SSE Wembley Arena on October 16. They’ll also be playing a show in Bologna, Italy on October 18. Tickets for both shows go on sale Friday 22 June and will be available here.

More news on the release of new Smashing Pumpkins material is expected in the weeks ahead.