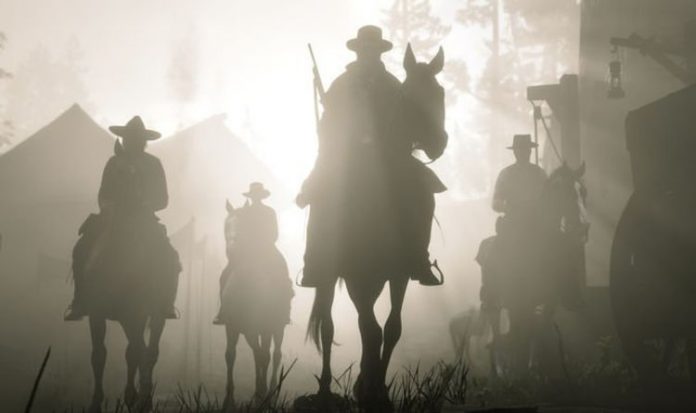 GTA 5 Online might be getting the full PS5 and Xbox Series X upgrade treatment in 2021, but that doesn’t mean things aren’t being planned for Red Dead Redemption 2.

Rockstar Games is keeping things close to its chest right now, although they have confirmed the next-gen version of Grand Theft Auto 5, as well as a standalone version GTA Online.

These will be launching in the second half of 2021 and some interesting things have been noted regarding that project by data miners.

From what has been found so far, the PS5 and Xbox Series X version of GTA 5 could be built using Rockstar’s RAGE engine, the same one used for Red Dead Redemption 2.

A message from TezFunz, a known Rockstar leaker, had this to share about a recent build of GTA 5, telling gamers online:

“A user found out new structs that were added with the recent update relating to the standalone version and one of them is “rage::fwuiMessageBase”, which is from RDR2’s RAGE version, so that seems to go along what @Spider-Vice & @uNi stated, that the enhanced edition is likely to utilize RDR2’s RAGE version. However, it could just be that the UI would utilize RDR2’s base code, while the rest remains the same one.”

Rockstar has said nothing on what they are using to build the new version of GTA 5 for PS5 and Xbox Series X, telling gamers when they announced its plans:

“The new generation versions of GTAV will feature a range of technical improvements, visual upgrades and performance enhancements to take full advantage of the latest hardware, making the game more beautiful and more responsive than ever.

“And for the massive and vibrant community of Grand Theft Auto Online players worldwide, the journey through the ever-evolving, shared world of GTA Online will continue on to the new generation with more new updates including additional GTA Online content exclusive to the new consoles and PC.

“There will also be a new standalone version of GTA Online coming in the second half of 2021, which will be available for free exclusively for PlayStation 5 players during the first three months.

Other dataminers have also been sharing news regarding what could be coming next to Red Dead Online.

There has been talk of Rockstar adding bank robberies to the game, which would make a lot of sense in the long run.

While GTA Online Heists take a lot of effort to build, they’ve become the most popular group missions in multiplayer.

Introducing something like that could be very popular in Red Dead Online, and may even bring some people back online.

Guarma island may also make a return as part of a Red Dead Online update for PS4, Xbox One, PC and Google Stadia.

It should be noted that Rockstar Games has not shared any plans regarding what’s coming next RDR2, but more could be shared in the coming months.