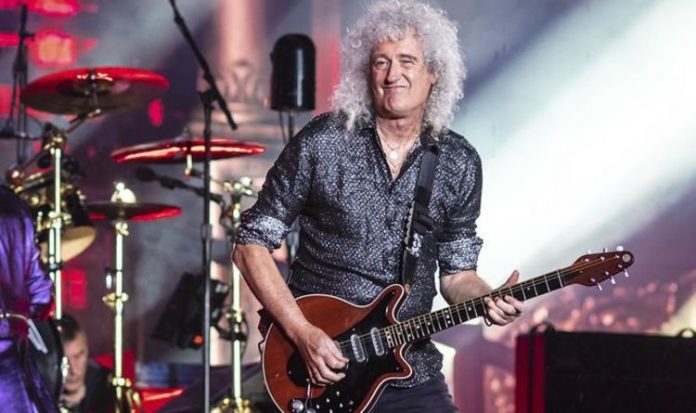 Brian May’s extraordinary drive to keep creating has not diminished, despite the challenges of a global pandemic and lockdown. The musician will turn 74 this summer and has battled a succession of illnesses, including a heart attack, and injuries over the past 18 months. Yet, he has a dizzying array of projects all on the go, while fans nervously wait to hear what will happen about the upcoming European dates for the Queen and Adam Lambert Rhapsody Tour. And on top of all that, today he also revealed exciting album news.

May told his fans: “I’m working night and day right now to bring back this album – Back to the Light – my first solo album – and relaunch it out there.

“For a long time it hasn’t been available. It’s quite tricky under lockdown – but it will soon be ready – all remastered and polished and with a nice little package of bonus tracks.”

The star also talked about his first-ever solo hit single and how it was inspired a song he composed for a glossy car advert, complete with glamorous models, which you can watch below.

READ MORE: Brian May celebrates his Bohemian Rhapsody guitar solo being voted Greatest of All Time

Too Much Love To Kill You with Freddie on lead vocal was finally released in 1995 on the posthumous Made In Heaven album.

Since then Brian has kept the legacy of his bandmate alive with the various incarnations of Queen.

The most successful has been the current line-up with Roger Taylor and Adam Lambert on lead vocals.

The trio had embarked on a wildly successful world tour in 2019 but the European leg was put on hold due to the Corona virus.

At the moment, the rescheduled European dates are still in place, with the tour restarting on May 23, in Bologna, Italy.

UK fans can look forward to ten dates at London’s O2 arena from June 1, as well as shows in Manchester and Birmingham.

However, with many fearing that some form of lockdown will continue across te Uk (and globally) for much of this year, it remains to be seen if the show will, in fact, go on in 2021.