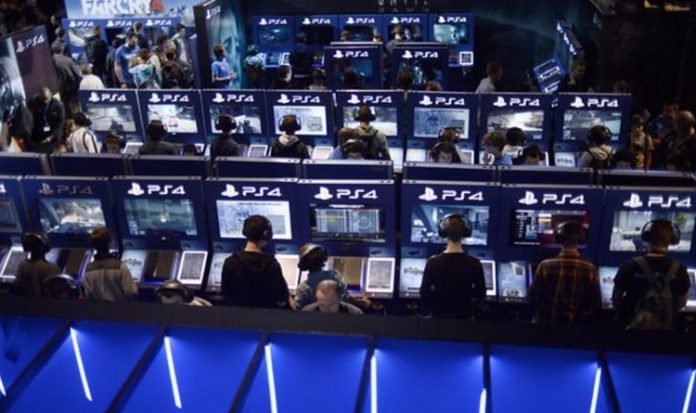 The PS Plus Collection is available on PlayStation 5 consoles as a great way to start your next-gen experience.

The official roster includes 20 PS4 games that can be downloaded and played for free, as long as you have a PS Plus subscription.

And having been available for a few weeks in the US, console owners are finding out more about the PS Plus Collection heading into December 2020.

The first thing gamers have noticed is that they can fit the full PS Plus Collection onto a PS5 console as it is right now.

Here are the games available in the PlayStation Plus Collection:

From what has been shared so far, it appears that downloading all of these games leaves around 30GB of hard drive space.

This situation could change in the future, meaning that if any download sizes change, you may not be able to fit the whole collection on a PS5 in the future.

It’s a nice touch that all these games can fit on a PS5, but there is also a question on what will happen to the PS Plus Collection in the future.

This could include changing the games included in the PlayStation Plus Collection, as well as providing further changes in the future.

PlayStation’s Jim Ryan gave an update regarding the PS Plus Collection heading into December, confirming that tweaks could be made in the future.

But without anything to confirm right now, Ryan told GQ: “Well, we’re going to wait and see how the world receives the Plus Collection.

“You know, which games are played how much they’re played before we make any decisions about that.

“We think it’s potentially going to be a great user acquisition tool. Arguably if you never had a PS4 and you choose to buy a PS5 you basically get a PS4, right?

Adding: “PlayStation Now and Plus are very important to us today. This year we’re just trying to keep it focused on the PlayStation 5 and the games, but that doesn’t mean we’re thinking deeply about our services and figuring out some quite interesting stuff that’ll get its own moment in the limelight.”

No changes are expected to be made to the PS Plus Collection in December, with new free games being added to the regular monthly free games list.

December’s PlayStation Plus games are going to be announced by Sony later this week, with news likely being shared on Wednesday, November 25.

Some fans are convinced that the PS5 version of Worms Rumble will be available as a free PS Plus download in December.

Sony used to give away two PS4 games, two PS3 games and two PlayStation Vita games every month, so there’s nothing to say the company won’t do the same for the PS5 and PS4.