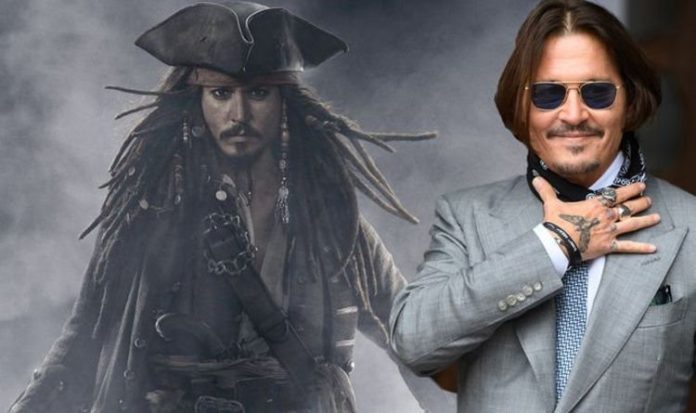 Johnny Depp has been the much-loved main attraction in Disney’s Pirates of the Caribbean franchise since 2003. The star sailed onto screen during The Curse of the Black Pearl, and set box offices on fire with profits of $650 million. Since then, the 57-year-old has appeared in four other films in the franchise, cementing himself as the key figure in the films. Unfortunately, that could all be over for him following the loss of his libel case against a British Tabloid and his ex-wife Amber Heard.

According to a Hollywood insider, Depp has already held meetings with Disney about his future in the flagship series.

The insider claimed that Depp spoke secretly with Warner Bros about his alignment with the ongoing Harry Potter spin-off Fantastic Beasts.

Yesterday it was announced by Depp himself that he was asked to leave the series, bringing his journey as the terrifying wizard Grindelwald to an end.

The source added that Depp has already had similar meetings with Disney about his time as Captain Jack Sparrow.

The insider explained that the meetings weren’t a good thing for Depp.

After Depp was dropped from the ongoing Warner Bros franchise, it would not be surprising to see him also lose his spot in the Disney hit.

Earlier this year it was reported a reboot of the Pirates films would begin production in the near future with Harley Quinn star Margot Robbie in a new main role.

While this was never good news for the beloved cast of the original trilogy, it was also rumoured Depp would make a return for the reboot.

Johnny Depp’s statement in full reads: “In light of recent events, I would like to make the following short statement.

“Firstly I’d like to thank everybody who has gifted me with their support and loyalty. I have been humbled and moved by your many messages of love and concern, particularly over the last few days.

“Secondly, I wish to let you know that I have been asked to resign by Warner Bros. from my role as Grindelwald in Fantastic Beasts and I have respected that and agreed to that request.

“Finally I wish to say this, The surreal judgement of the court in the UK will not change my fight to tell the truth and I confirm that I plan to appeal.”

Depp concluded: “My resolve remains strong and I intend to prove that the allegations against me are false. My life and career will not be defined by this moment in time. Thank you for reading. Sincerely, Johnny Depp.”

Shortly thereafter, Warner Bros submitted their own statement on the matter.

It read: “Johnny Depp will depart the Fantastic Beasts franchise. We thank Johnny for his work on the films to date. Fantastic Beasts 3 is currently in production, and the role of Gellert Grindelwald will be recast. The film will debut in theaters worldwide in the summer of 2022.”

The Fantastic Beasts films can be watched on Now TV.

The Pirates of the Caribbean films can be watched on Disney Plus now.