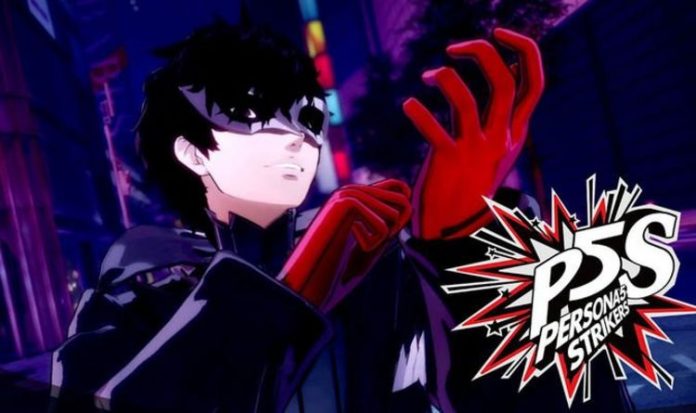 When Persona 5 Strikers was first announced, it was a big surprise. It was like Atlus had taken a leaf out of P5’s most famous anthem Last Surprise to deliver an announcement that fans would never see coming. The Persona franchise is well known for its inventive spin-offs, from rhythm action dancing games to instant cult classic fighting games.

But even so Strikers still seemed to be a surprise departure.

Maybe this was partly due to fans thinking this Koei Tecmo-made Persona game would be more Hyrule Warriors than P5.

Flash forward over two years on since the initial reveal and any trepidation fans may have felt initially wasn’t needed.

Persona 5 Strikers is less of a musou-game, and more like any other Persona game – albeit with a different battle system.

What we get in P5S is more akin to the battle system in Final Fantasy 7 Remake.

It’s a mixture of real-time action as well as traditional JRPG combat.

Players can string together combo attacks with plenty of X and Y button presses. But the action can also be briefly halted when deploying magic attacks.

There are plenty of other layers to combat too – baton passes can be done at any time to switch between party members, while enemies also have elemental weakness which you can exploit to knock them down and deliver an All-Out Attack.

While there’s also a meter running in the background that builds up, and when full will let you launch a spectacular Showtime attack.

There are a lot of moving parts to each battle – not to mention having to heal up party members and having to dodge enemy attacks, which is especially important for powerful foes.

While some battles against weaker enemies you can get through by mashing the attack button, this won’t be the case for a lot of the enemies you face.

The battle system in Persona 5 Strikers is obviously a lot faster paced than the turn-based battles seen in P5 and Royal.

And while I personally prefer the old school turn-based combat, the musou-esque battles in Strikers are a lot of fun – albeit fights against weaker enemies which can easily be brushed aside can feel a little repetitive.

Elsewhere, there are a lot of similarities between Strikers and other P5 games.

Both games work on a calendar system, have an engrossing story featuring heartfelt moments and a wonderful cast of characters.

But there is one other notable difference to point out. And that’s with the life sim aspects. Unlike Persona 5 or Royal, with Strikers you don’t need to worry too much about time keeping.

Part of the Persona experience is managing your diary so you can fit in all you need to do.

So it makes a nice change that the life sim aspects in Persona 5 Strikers is a lot more pared down.

You don’t need to worry about Confidant rankings anymore, with this replaced with a more simplified Bonds system that offers players unlockable skills after moments in and outside of the Metaverse.

And while there are optional moments where you can hang out with members of the gang, you don’t need to worry about potentially missing out on these scenarios.

You are largely at the beck and call of whatever Strikers dictates you have to do one given day.

This may limit player freedom, but also means Strikers has a much more honed-in, focused life-sim aspect to it.

The trade-off to this is less player freedom, but for me it made a nice change of pace.

I reviewed the Nintendo Switch version of Persona 5 Strikers, and suffice to say the PS4 and Steam versions will look better.

In handheld mode this is especially apparent, with character models at times appearing fuzzy and lacking detail.

The visuals are better when the Switch is in docked model, but the PS4 and Steam versions will still be a big step up.

By no means does the Switch version look bad though. And you may be willing to make this kind of trade off to play Strikers on a handheld.

So, Switch and Steam fans who have never played P5 or Royal before may be wondering whether it’s worth them jumping in?

If you haven’t played either Persona 5 or Royal before then Strikers will spoil certain things.

Not directly, but you’ll probably be able to guess a few significant plot beats for P5 and Royal if you play Strikers first and then head to these games later on.

So I personally wouldn’t recommend playing Strikers without playing P5 or P5R.

You’ll get plenty more from Strikers if you’re already invested in the world of Persona 5 and its characters.

Part of the joy of Strikers is just getting to spend time with this cast of characters you have previously spent dozens of hours getting to know and love.

And that would be lost if you just jumped straight into Strikers.

For some people, this may not be an issue for them and they may just be curious about P5S and fancy playing a new JRPG.

If you fall into that camp then a Cliff Notes way to catch up on P5 is to watch the anime.

But again, I’d recommend just playing Persona 5 or Royal first as the anime doesn’t go into nearly as much depth as the source material.

What I do know for sure though is you have already played Persona 5 or Royal before, Strikers is an essential purchase.

It’s a nigh-on perfect sequel, which has vastly exceeded my expectations in every shape or form.