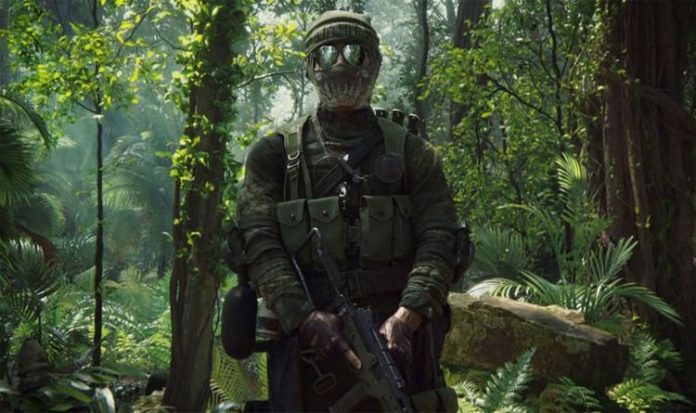 That’s without mentioning the new weapons that will be available to unlock for free from February 25.

Activision has already provided plenty of intel on what’s coming next to the game, but they have left out one key detail.

The only thing left to showcase is the new Season 2 Battle Pass, which will be an optional purchase.

The Battle Pass will offer a number of tiers that will unlock different cosmetic rewards, based on the season’s theme.

We’ve already seen a few of the new operators being promised for Season 2, but the full Battle Pass reveal is scheduled for this week.

So for anyone wanting to find out more, the next Call of Duty Black Ops: Cold War Season 2 reveal will be happening on Tuesday, February 23, 2021.

This is a few days before everything kicks off and should include important news for gamers hoping to snap up the new add-on.

A message from Activision confirms: “Obtain the Machete, E-Tool, R1 Shadowhunter, and ZRG 20mm to use in Black Ops Cold War and Warzone during Season Two in one of two ways: Complete a related Challenge to obtain the free base weapon or purchase a bundle with a Blueprint version when it appears in the Store.

“Expect to learn more about the Season Two Battle Pass as well as initial Store Bundle offerings in a major intel drop here at the Call of Duty Blog on February 23.”

We don’t have an exact release time but gamers can expect the news to drop before the end of day on February 23, GMT.

The new Call of Duty Battle Pass will be available to players across all recent COD games and will mainly be geared towards Cold War and Warzone.

Some of the most exciting new changes are being saved for Call of Duty Warzone, with new map locations promised, alongside fresh modes to play.

A rundown of what to expect during Warzone Season 2 can be found below:

Across Verdansk, there are a number of points of interest to either discover or more fully explore, all advancing Warzone’s story while offering new places to scavenge and scrap for survival.

Last sighted off the coast of Rebirth Island, recent intel suggests that the cargo tanker Vodianoy has gone missing at sea. However, recent visuals have identified a vessel matching the description heading toward the Port of Verdansk. Operators within the vicinity are recommended to exercise extreme caution, as the ship is carrying unknown cargo, and its crew are not able to be contacted. Meanwhile, within Verdansk, something major is beginning to rumble deep underground.

During an Exfiltration Battle Royale, a portable radio crackles into life, coming online somewhere in Verdansk. The Operator who secures this radio and holds onto it for a sufficient period of time automatically wins the game for them (or their squad, in non-Solo modes). To ensure their exfil isn’t by the book, anyone holding the radio is marked on the Tac Map as if they were under a Most Wanted Contract (also known as an HVT or High Value Target) with all Operators also receiving intel on how much longer the current radio holder has until they win.

Up to 90 players can drop onto Rebirth Island for an incredibly frenetic fight for supremacy, as they look to eliminate every last member of enemy squads to prevent them from getting a second, third, or even forth chance at revenge.

Just like Resurgence, squad members can spawn back in if their Rebirth Countdown hits zero and at least one of their allies is still alive, and specific Caches around the map will refresh their items frequently to ensure there is no shortage of firepower around the island.