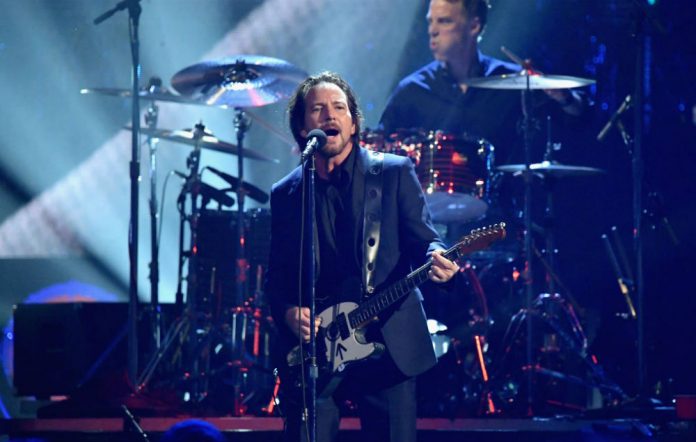 They’ll be rescheduling the show at a later date.

Pearl Jam have announced the cancellation of a London show tonight after singer Eddie Vedder completely lost his voice.

The grunge icons were due to deliver a second show at London’s O2 Arena after performing at the venue last night.

Posting on Twitter, Pearl Jam wrote: “Singer Eddie Vedder has completely lost his voice. He is on vocal rest for the next few days in an effort to heal and perform the remainder of the tour dates.

“It’s the first time ever having to postpone a show for this reason. Ed and the band are gutted thinking of all the folks who have travelled and made plans.

“Sending their biggest apologies out to everyone. And huge gratitude for all their continued support.”

The band also confirmed that the show will be rescheduled at a later date.

“Tickets for tonight show will be valid and transferable to the rescheduled concert date. Expect more information soon”, they wrote.

“Please contact your point of purchase for all other public ticket inquiries.”