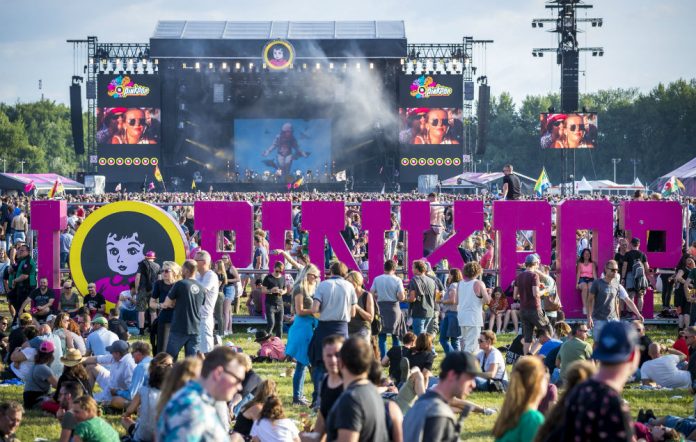 It is not clear if the collision was an accident or intentional.

A man has turned himself in to police after a vehicle ploughed into a crowd at PinkPop festival in the Netherlands.

One person was confirmed to have been killed in the incident, while three more were injured. The driver and vehicle, which was described as a white Fiat Doblo van, were being hunted by police.

The BBC reports that a 34-year-old man is now in custody. He was arrested in Amsterdam, 140 miles from the festival site, after contacting police. He is being held on suspicion of manslaughter and attempted manslaughter.

The incident took place at PinkPop, located in Landgraaf in the south of the Netherlands, at roughly 04:00 (02:00 BST) on Monday. It is not clear if the collision was an accident or intentional.

In a statement posted on Facebook, the organisers of PinkPop said they were “deeply shocked” at the incident. It was the first death in the festival’s 49-year history. PinkPop boss Jan Smeets said: “It’s really terrible that such a great party should come to such an abrupt end.”

A trrauma helicopter and ambulances were reportedly on the scene within minutes of the collision, and a heavy police presence was noted.

Bruno Mars had closed the 2018 edition of the festival hours before the incident occurred.