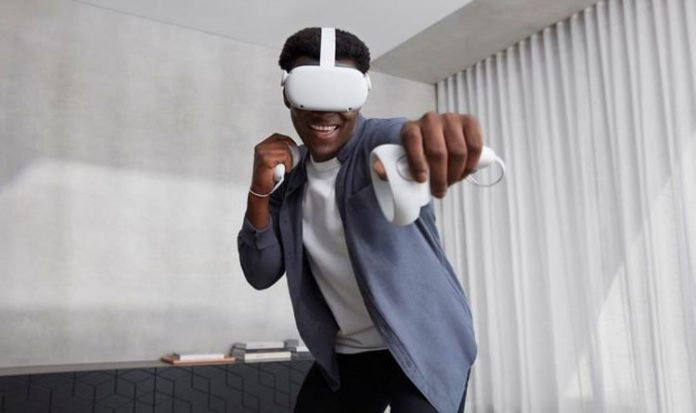 Oculus Quest 2 is getting a big new update this week, as Oculus Move makes its worldwide debut.

The system level tracker tracks how many calories you burn while using the Quest, and how long you’ve been active.

The tracker works across all games and experiences, whether they’re fitness based or not.

Facebook-owned company Oculus is yet to announce a set release date, confirming that Move will be gradually rolled out throughout the week.

“A lot of you choose to exercise in VR on a weekly or even daily basis, and even more of you are getting exercise in VR without consciously thinking about it,” reads an Oculus post.

“Move helps you track how many estimated calories you’ve burned and how long you’ve been active, whether slicing through enemies in Until You Fall or through targets in Supernatural.

“We’re rolling Move out gradually, so don’t fret if you don’t see it in your library immediately. It’s coming, and soon!”

Interestingly, the new feature will even offer one or two additional features to help users achieve their fitness goals.

According to Oculus, you can set daily fitness goals in order to better help create new habits.

“You can even set daily goals, if you’re hoping to form a new habit,” the post continues. “It’s a great resource, whether you’re heavily invested in VR as part of your fitness regimen or just curious how a casual hour of Beat Saber compares to other activities.”

As you can see from the image above, the Oculus Move tracker breaks things down using various charts and stats.

The presentation is similar to the Apple Watch fitness rings system. You can also filter activity based on individual apps.

Speaking of Oculus Quest updates, the newly released Quest 2 device is about to get 90Hz support across the entire system.

“With v23, we’re broadening support for 90Hz across the entire platform,” Oculus continues.

“While you could already opt-in to 90Hz mode in the Home Environment, Explore, Store, Browser, and Oculus TV via our Experimental Features pane, v23 opens the floodgates.

“Starting today, all system software including Home, Guardian, and Passthrough will run at 90Hz by default, and we’re allowing developers to start shipping Quest titles with native 90Hz support.”