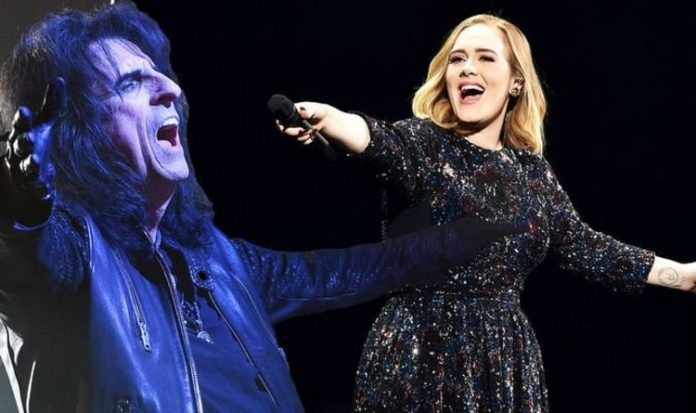 Billie Eilish’s debut album When We All Fall Asleep, Where Do We Go? was an instant smash hit.

The 18-year-old took home five Grammys for her work, while her brother Finneas, who is also her songwriting and producing partner, bagged some of his own for their work on the album.

While there is no exact news on what an album from Billie could drop, she has certainly been busy this year releasing new music, as well as writing a great deal more.

Speaking to Vanity Fair, which she has done on the same day every year for the past four years, Billie confirmed new music is on the way, though kept tight-lipped around dates.

“I think Finneas and I have just seriously really gotten in the groove. We do it so fast.

“So, I’m so much better at it. I love it so much more. I actually really do enjoy it now and I do feel like I’m pretty good at it now.”

While the timeline for her new music is to be confirmed, many are hoping this year is the time it will come out.

Foo Fighters delayed the release of their tenth studio album, Medicine at Midnight, to February 2021 due to the Covid-19 pandemic.

However, the album was recorded in 2019, in a house which lead singer Dave Grohl thought could be ‘haunted.’

He told Mojo magazine: “I knew the vibes were definitely off, but the sound was f***ing on.

“We would come back to the studio the next day and all of the guitars would be detuned. Or the setting we’d put on the [sound] board, all of them had gone back to zero.

“We would open up a Pro Tools session and tracks would be missing. There were some tracks that were put on there that we didn’t put on there.

“But just like weird open mic noises. Nobody playing an instrument or anything like that, just an open mic recording a room.”

Nevertheless, fans will be counting down the days to February 5, 2021, to get their hands on the new album.

Alice Cooper has released 27 studio albums in his long career, as well as some top live albums as well.

However, his newest album, which he announced in November 2020, will celebrate the long-standing rock legacy of his hometown of Detroit, Michigan.

Alice said, as chronicled by Ultimate Classic Rock: “Detroit was the birthplace of angry hard rock.

“After not fitting in anywhere in the U.S. (musically or image-wise) Detroit was the only place that recognized the Alice Cooper guitar-driven, hard-rock sound and our crazy stage show.

“Detroit was a haven for the outcasts. And when they found out I was born in East Detroit … we were home.”

Adele’s is another album which, at present, is not definitely coming to our shelves, but is highly anticipated.

Adele’s final album, 25, was released in 2015, and she told James Corden on his Carpool Karaoke skit how she “believes in trilogies,” meaning we cannot expect another album with her age as the title.

In December 2020, it was revealed Adele had been back in the studio after taking time out to raise her son, Angelo James.

While we won’t be expecting another aged album, hopefully, Adele’s recent trips to the studio means 2021 is our year for more of the singer.

While this may not be the final name for Kanye’s upcoming album, fans are positive new music from the artist will drop in 2021.

This album was announced back in 2016, and two weeks before the unveiling, this name was also given as the new record.

However, what then came out was Ye, as Kim Kardashian told Entertainment Tonight he had thrown the entire album out and re-recorded it in just two weeks.

She said: “He scrapped his whole album and redid it in the last two weeks and just came up with all new songs.”

It could be, therefore, 2020 is the year for this album to finally come out, however, it is also likely Kanye will utilise his ‘church choir’ and release something brand new this year, though dates are to be confirmed.