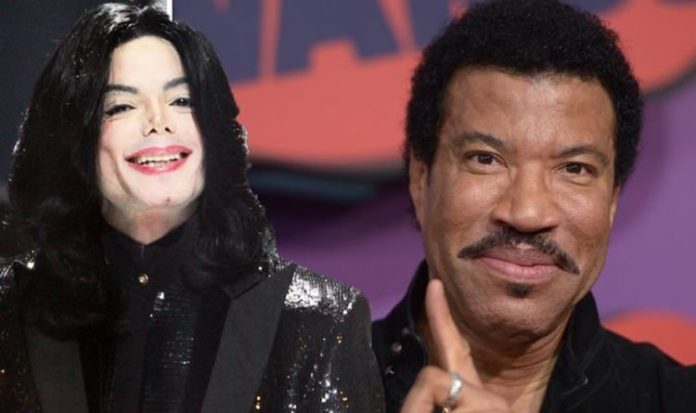 Richie teamed up with Michael Jackson and Quincy Jones in 1985 to write and record the song We Are The World for the supergroup USA For Africa. The charity single was an unofficial follow-up to 1984’s Band Aid track Do They Know It’s Christmas? But Richie confessed he was a “nervous wreck” when he realised Jackson had a python around the recording studio at the star’s home.

The 71-year-old recently appeared on The Drew Barrymore Show where he told of his fear.

He said: “It was one of those things where I’m at Michael’s house and the obstacle of writing the song was not writing the song… It was he had the albino python that he lost in the bedroom.

“We’re writing the lyrics, and all of a sudden the albums fall over – because he put his albums against the wall.

“And I’m lying on the floor and I hear this little sound… I look over my shoulder and there is this albino python looking at me.”

Richie told Barrymore: “I was screaming like the last horror movie that you’ve ever seen in your whole life.

“To make a long story short, right after that we put the snake away, I’m a nervous wreck and we write the lyrics.”

Bringing a python to a recording session wasn’t the only example of Jackson playing around whilst working.

In 1982 Jackson brought Siedah Garrett into the recording booth to duet I Just Can’t Stop Loving You with him.

Speaking in an interview years later Garrett revealed Jackson was messing around while they sung their parts of the song.

She said: “While in the studio recording our duet I Just Can’t Stop Loving You, Michael recorded his part, but when it came to me singing my verses, he began tossing popcorn in my face in an effort to make me mess-up.”

Garrett added: “Producer Quincy Jones, not seeing this, began to chastise me for flubbing the takes. Michael, on the other hand, was just cracking up!”

The song’s duet was written for Jackson and either Barbra Streisand or Whitney Houston.

When they both declined Jackson brought on Garrett, who once said: “He loved my voice and my energy, and he wanted to sing it just like me.”