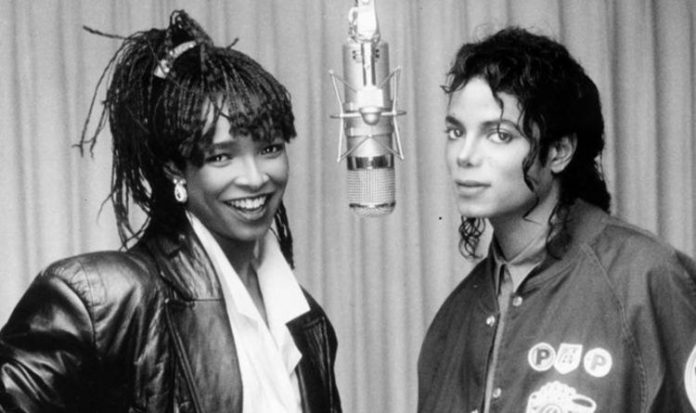 After the release of Thriller in 1982 Michael Jackson was more popular than ever with his sixth album having sold 32 million copies worldwide by the end of the year. It also became the first album in the United States to be the best-selling record for two consecutive years. Five years later Jackson was working on his seventh album, Bad, in which he teamed with a number of big names in the music industry such as Stevie Wonder, Quincy Jones and Glen Ballard.

Jackson also worked with Garrett on the album, which went on to sell more than 2 million copies in the first week.

She helped the star to co-write the iconic song Man in the Mirror.

But when it came to recording the love song I Just Can’t Stop Loving You Jackson didn’t hesitate to bring Garrett on board.

Garrett recalled years later: “He just casually called over his shoulder: ‘Hey Sid, you like this song?’ And I kind of said: ‘Yeah, I like it.’ He said: ‘Well, can you sing it?’

She added: “So I get up to go into the vocal booth to record this song, and as I’m going out of the studio door I hear Quincy say: ‘Michael, go on in there.’

“And so Michael is following me to this vocal booth, and I’m going to myself, ‘Oh my god!’”

When Garrett arrived in the vocal booth she realised there were two music stands, two microphones and two lyric sheets set up waiting for them.

Garrett added: “It was in that moment that I realised: ‘Oh my god. I’m singing a duet with the King of Pop, the biggest recording artist on the planet!’”

Garrett, who said she didn’t realise how similar the pair sounded until after the track was recorded also revealed how Jackson liked to have fun while recording music.

In one interview, she described how MJ jovially tried to throw her off during her takes for the song.

Garrett revealed: “While in the studio recording our duet I Just Can’t Stop Loving You, Michael recorded his part, but when it came to me singing my verses, he began tossing popcorn in my face in an effort to make me mess-up.

“Producer Quincy Jones, not seeing this, began to chastise me for flubbing the takes. Michael, on the other hand, was just cracking up!”

Jackson’s instincts to bring Garrett onto the song were well-placed because I Just Can’t Stop Loving You was later released as the first single from Bad.

The track reached number one on the Billboard Hot 100, R&B Singles and the Adult Contemporary Charts.

The song was also re-recorded in both Spanish and French and was featured in 2012’s reissue album Bad 25.