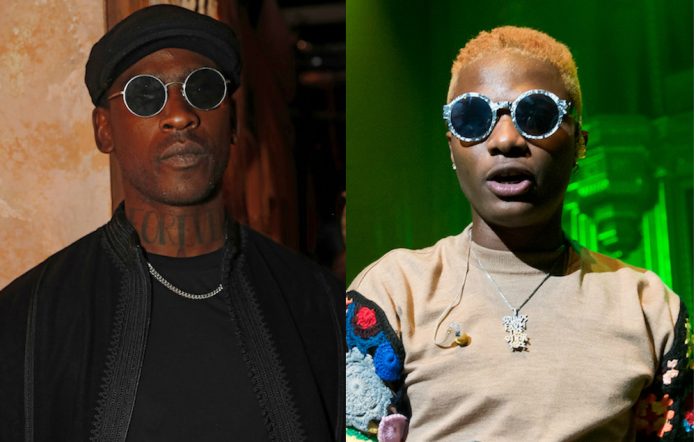 It’s the first time the pair have officially worked together

Skepta and Wizkid have teamed up on a new track called ‘Bad Energy (Stay Far Away)’.

The North London grime star and Nigerian Afrobeats singer have known each other for some time, and Skepta appeared on a remix of Wizkid’s ‘Ojuelegba’ alongside Drake in 2015.

However, ‘Bad Energy (Stay Far Away)’ marks the first time the pair have officially worked together. On it, Skepta raps: “I’m getting pounds in my sleep/I’m at the top of the mountain, it’s peak.” Listen to the track below.

Bad Energy (Stay Far Away), a song by Skepta, WizKid on Spotify

For Skepta, it’s the latest standalone track he has released this year following ‘Pure Water’. He also appeared on A$AP Rocky‘s latest album ‘Testing’, on the track ‘Praise The Lord (Da Shine)’.

Meanwhile, the ‘Shutdown’ star was honoured in Nigeria earlier this year when he was awarded a chieftaincy title. He attended a ceremony in his family’s hometown of Ijebu Ode, Ogun state where he was conferred with the chieftaincy title of “Amuludun of Odo-Aje”.

Skepta shared the news on Instagram and wrote in a caption: “Thank you to the Baale, Chiefs of Odo Aje and King for presenting me with my Chieftaincy title today. I am honoured and will continue to put time and love into Nigeria, especially the community of Odo Aje.”