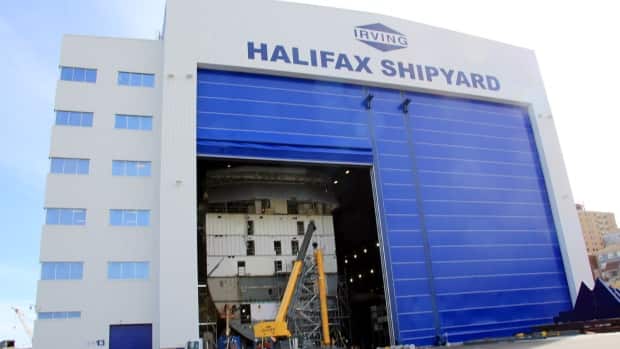 Irving Shipbuilding and the union that represents more than 800 workers at the Halifax Shipyard have reached a new tentative contract agreement.

The deal comes just a week after shipyard workers rejected an earlier tentative agreement and had threatened to walk off the job.

The strike was averted when Irving Shipbuilding and the union, Unifor Marine Workers Federation Local 1, decided to go back to the bargaining table.

The shipyard is currently constructing Arctic and offshore patrol vessels as part of the federal government’s multi-billion-dollar shipbuilding program.

Irving has said the previous tentative agreement offered workers more than $73,000 a year. But the union had said the dispute wasn’t over money, instead citing concerns over subcontractors, sick days and disciplinary actions faced by workers.

In a news release Wednesday, an Irving Shipbuilding spokesperson said the new tentative agreement was reached Tuesday. The company said it would release no details until the union has reviewed it with membership.

A news release from the union confirmed a new deal had been reached. The union said it would not comment until membership had voted on the agreement.