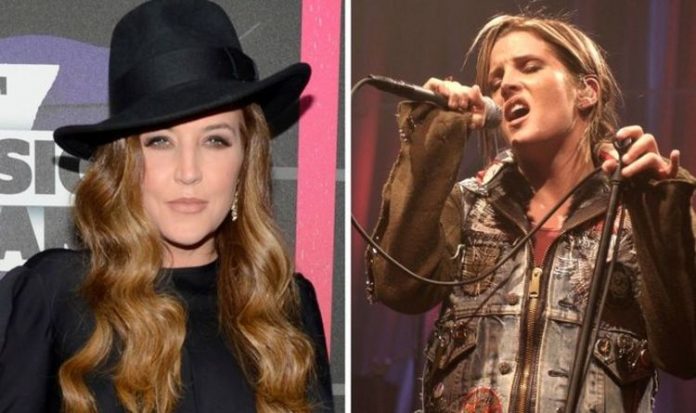 Lisa Marie Presley was one of the heirs of Elvis Presley’s estate on his death, meaning she would have banked huge amounts of money. However, she has also made her own way in the music world, meaning she has also earned her own money along the way.

How much is Lisa Marie Presley worth?

According to The Richest, Lisa Marie Presley is worth a staggering $300million (£226million.)

However, it has not been an easy journey to this point, and Lisa Marie has had to fight for her earnings.

When she was nine-years-old, her father, Elvis Presley, died in sudden circumstances.

READ MORE:  Dolly Parton song: What do the lyrics in I Will Always Love You mean?

However, Lisa Marie was too young to inherit, so it was placed in a trust for her to access at the age of 25.

Despite this seeming like a huge amount, given Elvis’ fame, he was reported as having just $5million (£3.8million) in his bank account, along with a huge amount of debt at the time of his death.

The executors of his will had to pay a major IRS estate tax of $10million, (£7.6million) after the IRS determined Elvis’ estate was actually worth more than just the small amount which was first believed.

As well as this, Elvis’ estate did not include certain royalties, as some of those belonged to RCA, his record company.

In March 1973, Colonel Tom Parker, Elvis’ manager, suggested Elvis be given a lump sum in lieu of all future artist’s royalties for anything recorded up to that time.

Of course, by 1973, Elvis had quite the back catalogue to work with, meaning this would have earned RCA a huge amount of money.

As a result, Lisa Marie does not own the artist’s royalties on sales of recordings made before March 1973.

However, the Elvis Presley Enterprises (EPE) does own his artist’s royalties on sales of recordings made after that date, which still earns them a hefty sum.

EPE also still holds the publishing rights to all of the songs recorded by Elvis, which equals about 700, as they were part-owned by Elvis through his various publishing companies.

The publisher’s royalties to his songs, therefore, are still earned by the EPE, as these were not sold to RCA.

Of course, his publishing contracts are liable to expire, after which those songs can no longer earn publishing royalties by the EPE, but can earn artist’s royalties for RCA.

Colonel Tom was eventually taken to court to be removed from future earnings of Elvis’ work, and all agreements which stipulated his ‘exorbitant’ fee were terminated.

Luckily, Priscilla took charge and turned Graceland, Elvis’ home, into a tourist attraction, which helped grow the estate significantly to around $100million by 1993.

In 1993, Lisa Marie turned 25, which meant she became eligible to inherit Elvis’ money directly from his will, as she was the primary heir to his massive fortune, and also inherited anything left from the pot inherited by Minnie Mae and Vernon.

She became more closely linked to the trust created to manage her funds, the Elvis Presley Trust, until in 2005 she sold 85 percent of the estate’s business holdings.

However, in recent years she has sought to regain some fortune after it was reported she was facing bankruptcy.

She sued her business manager Barry Siegel for $100million (£75.3million) claiming he squandered her money, which he denies.

Lisa Marie has blocked attempts to look into her bank records over a large period of time, claiming the request was aimed at “embarrassing” her rather than looking at the accounts required for the case.

Express.co.uk has reached out to Lisa Marie’s representatives for comment