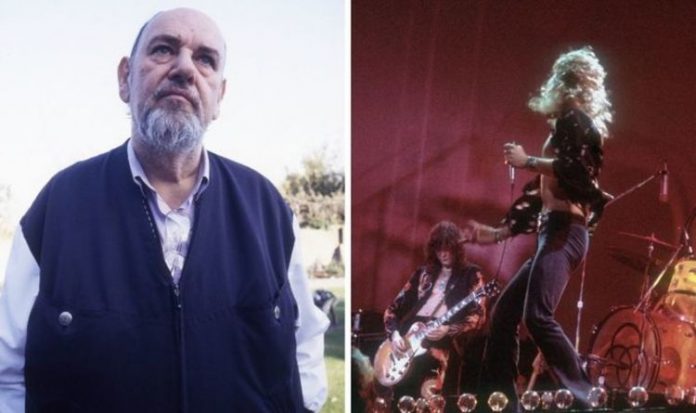 Led Zeppelin did not last a long time, after the death of drummer John Bonham forced the band to break-up. The band did reunite over the years, but their manager, Peter Grant, gained almost as much of a reputation as the band over the years. But who was Peter Grant and why did he gain such notoriety?

Peter Grant was the manager of Led Zeppelin from its creation in 1968 to the break up in 1980.

He was born in south London and after conscription in the army began work as a bouncer at the famous 2i’s Coffee Bar, where Cliff Richard, Adam Faith, Tommy Steele and various other big acts were heard for the first time.

It was here that Peter got his big break, but not in the music industry.

Instead, Peter, who was taller than six feet and had a substantial stature, was scouted by professional wrestler Paul Lincoln, AKA Dr Death, to become a wrestler alongside him.

Peter became Count Massimo and Count Bruno Alassio of Milan, which stoked a fire for acting and he quickly started looking for small parts in movies.

He performed in small roles, including in The Benny Hill Show, but soon these roles started drying up and he got back in the music industry, working as a promoter and tour manager for people such as Chuck Berry, Little Richard and the Everly Brothers.

He managed various groups until he was asked to take over managing The Yardbirds, who later dissolved.

Their guitarist, however, Jimmy Page, went on to form Led Zeppelin and Peter remained the manager.

He was known for his very different approach to managing, making very intriguing decisions which focused on what he saw as the future of music.

Mark Blake, who wrote Bring It On Home: Peter Grant, Led Zeppelin, and Beyond —The Story of Rock’s Greatest Manager, told WBR: “Peter took them [Led Zeppelin] to America very very early on, and they were opening for other groups — Iron Butterfly, Vanilla Fudge — and basically blowing them off stage.

“It happened remarkably quickly, and they spent most of 1969 touring America. They’d come back for a few weeks and then go back again, playing these kinds of opinion-making clubs all across the country.

“And when the album came out, the first Zeppelin album, it just absolutely blew up for them…

Peter’s foresight of knowing short pop songs would not be popular forever was also key to their success, and fans of Led Zeppelin had to see them live to fully understand their songs, as was part of their process.

But he was a formidable character as well, which was only exacerbated by drug and alcohol use, says Mark.

Mark continued: “When the money really starts to come in, which is around about 1972 to 1973, by which time Led Zeppelin can get 90 percent of the gate, which is unheard of for any artist. It was normally 60 to 40 towards the artist.

“Peter demanded on 90 to 10, rode out promoters, and obviously made an enormous amount of money for himself and the band.

“But with that came problems in his marriage, the excessive touring that was going on, plus cocaine had come into the mix certainly by the early 1970s, and Peter succumbed to that as well.

“And I think in a way, the band, or certainly Peter and possibly Jimmy Page, they all got slightly drunk on their own power.

“And as a result of that, there was an air, a real tangible air of menace around Led Zeppelin, around Peter.

“You talk to people that toured with them and knew them at the time, they were terrified of Peter and his entourage.

“And I think again that was something that worked to their advantage, but it brought a dark side, it cast a shadow, I think, over all this success.”

According to the BBC, Peter was once called “one of the shrewdest and most ruthless managers in rock history.”

Led Zeppelin came to an end when John Bonham, the drummer died, and Peter’s music career died with it for the most part.