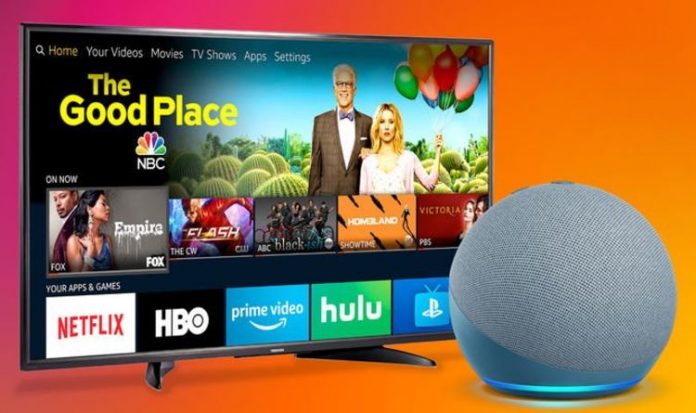 Amazon has expanded the integration between its smart speakers and streaming set-top boxes to make your next movie night a little easier to put together. That’s because Alexa Routines – the handy feature that enables Amazon Echo owners to string together a number of requests with a single customised voice command – is coming to a number of Fire TV devices. So, movie lovers will be able to set-up a routine to dim the lights, turn on the heating, set the smart doorbell to ‘Do Not Disturb’, and hit play on your favourite film – all with a single spoken command.

Of course, this is the kind of fun that takes a little bit of planning and set-up. But once that’s all sorted you’ll be able to impress friends and family with your niche requests or in-jokes to Alexa as you all settle down on the sofa to watch something together. Alexa Routines are handled from the Alexa app, which is available for smartphones and tablet.

Using your iOS or Android device, you’ll be able to set-up entirely original routines, or customise the existing “Featured Routines” suggested by Amazon inside the Alexa app. To create a new Routine, open the Alexa app, tap the More tab and select Routines. Tap the + icon in the top right corner and then follow on-screen instructions to get started.

And then let your creativity run wild. For example, you could build an Alexa Routine so when someone says, “Alexa, it’s movie night,” a series of actions will take place such as – turning on Fire TV, dimming smart lights to whatever you deem to be an ideal level of ambience, boiling the kettle for a cup of tea, and closing the smart blinds.

Or, a personal favourite, when you say “Alexa, Intruder Alert!”, the smart assistant replies “Get Out Of My Swamp”, the smart light bulbs are turned bright green and All-Star by Smash Mouth starts to play from every speaker in the house – in a loving tribute to 2001 Dreamworks classic, Shrek.

The ability to incorporate Fire TV devices in your home with Alexa Routine expands the already pretty comprehensive integration between the two ranges of Amazon-branded gadgets.

Before the latest update, Fire TV owners were already able to control playback using an Amazon Echo – so you could get voice assistant Alexa to pause the action with a hurried shout as you sprinted to check who is at the door, or could get the chatty AI assistant to queue-up the next episode ready to watch as you walked back from the kitchen with a fresh cup of tea.