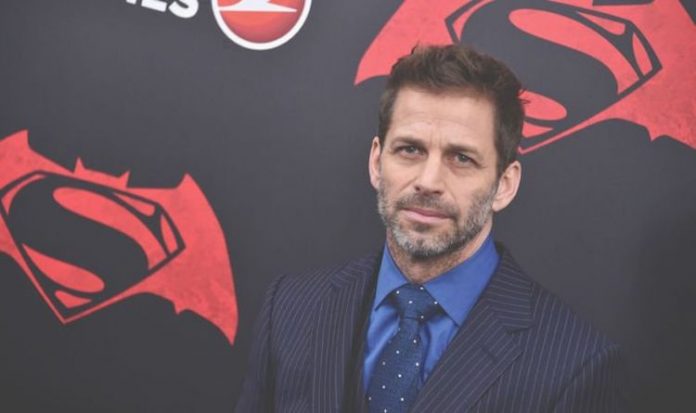 Justice League is due to see a revival this year with the Snyder Cut, showcasing what director Zack Snyder originally wanted to bring to the table when he planned out the movie in 2017. The four-hour film is due to be released on HBO Max, with Snyder once again at the helm. No release date has been given for the rejuvenated movie just yet, but Snyder has now opened up on how he was battling the film studio, Warner Bros., during production.

Speaking on why he left the film to Joss Whedon, he explained: “I just was kind of done with it.

“I was in this place of [knowing] my family needs me more than this b******t, and I just need to honour them and do the best I can to heal that world.”

At the time, Snyder announced he was stepping down from the film because his daughter, Autumn, had died.

On this, Snyder added: “I had no energy to fight [the studio], and fight for [the movie]. Literally, zero energy for that.”

READ MORE: Batman actor is third in line to be US President after Joe Biden

Musing about what could have happened, Snyder went on: “I really think that’s the main thing. I think there’s a different world where I stayed and kind of tried.

“And I’m sure I could have… because every movie is a fight, right? I was used to that.

“But I just did not have the [energy]. There was no fight in me. I had been beaten by what was going on in my life and I just didn’t want to, I didn’t care to… that was kind of where I was.”

Autumn was just 20-years-old when she died, and the event was so traumatic Snyder eventually made a statement at the time.

Following Snyder’s exit, Joss Whedon moved in to finish the film, a decision which has been criticised by fans and moviegoers.

Joss notoriously added a lot more humour to Snyder’s dark movie, “ruining” the experience for a large portion of fans.

What followed was the call for the director’s “Snyder Cut” – an online effort which eventually brought HBO Max to buy Snyder’s time and efforts for the lost film’s release.

Upon the announcement of the Snyder cut, the 54-year-old gave some allusions to what it might hold, and how it would differ from the original movie.

Snyder told THR: “It will be an entirely new thing, and, especially talking to those who have seen the released movie, a new experience apart from that movie.”

He added: “You probably saw one-fourth of what I did.”

The upcoming revitalisation of the Justice League movie is rumoured to kickstart the franchise once again, following the release of Wonder Woman 1984, which came out last month.

Zack Snyder’s Justice League is due out in March, 2021, on HBO Max.