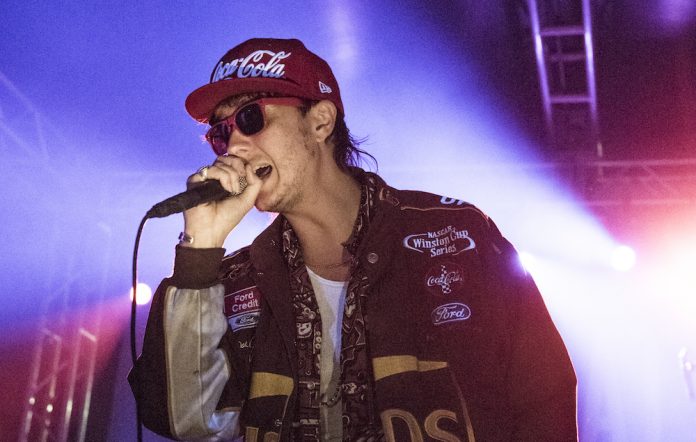 The Voidz have announced a new UK and Ireland tour to take place later this year.

The band, fronted by Julian Casablancas, released their second album ‘Virtue‘ earlier this year. In a four-star review, NME said: “The Voidz and Julian might not be the most predictable band to pin down, but there are at least some things that we’ve come to expect from them: whatever they do will be interesting, unusual and thought-provoking. On ‘Virtue’, they’ve hit the jackpot with a bonus ball – fun.”

The Voidz are currently playing a series of intimate dates in the US and Canada, including a residency at Brooklyn venue Elsewhere. In October, they will arrive in the UK and Ireland, kicking off the new leg of shows in Dublin. Tickets will be available to purchase here.

The Voidz will play:

Earlier this year, Casablancas lamented the state of popular music, claiming “cultural brainwashing” was to blame for Ed Sheeran‘s success. “I really believed that the internet’s capacity to let people access the best of the best of music — from underground stuff to music from all over the world — would’ve been a positive influence, that music would’ve evolved like never before,” he told Vulture.

He also said that he strives to “build a world where the Velvet Underground would be more popular than the Rolling Stones. Or where Ariel Pink is as popular as Ed Sheeran.”