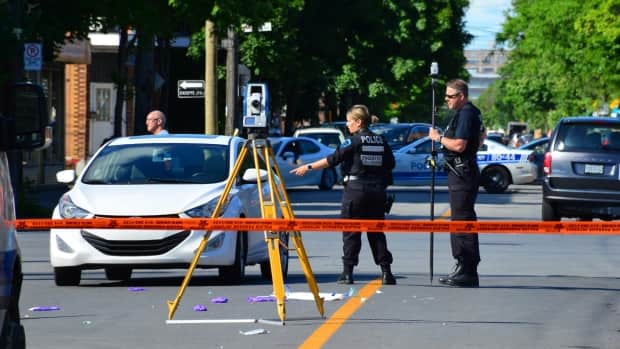 A 78-year-old woman was fatally struck by a vehicle at about 6:30 a.m. Tuesday in Montreal’s borough of Rosemont—La Petite-Patrie.

The incident occurred at the corner of Papineau Avenue and St-Zotique Street East. The victim was found unconscious on the road by Montreal police, treated on the spot by ambulance workers and then transported to the hospital, where she was declared dead.

“The family is advised and they are now with her at the hospital,” said SPVM Const. Véronique Comtois.

Preliminary reports indicate the woman was walking north on Papineau when she was struck by a vehicle as the driver turned onto St-Zotique East.

Police set up a perimeter at the intersection to investigate the collision, closing Papineau between Bellechasse and Beaubien and St-Zotique streets. The closure reached one block west to Marquette Street and east to Cartier Street.