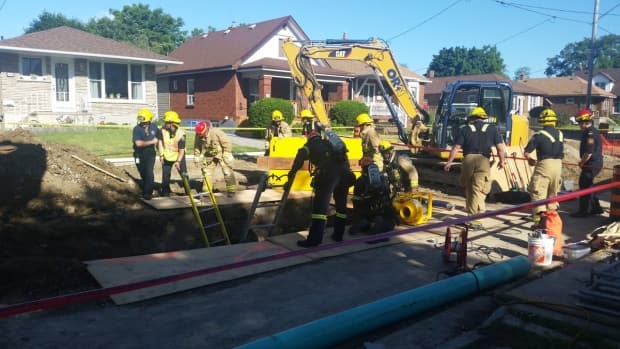 A male worker has been rescued and rushed to hospital with serious injuries after being trapped under a piece of heavy machinery in Oshawa, according to Durham police.

Officers were called to Verdun Avenue around 8:20 a.m. Tuesday after receiving reports of an injured worker at an active construction scene where road work was being done.

The victim was trapped for approximately two hours before being extricated by Oshawa firefighters. He was then transported to hospital with serious injuries, said Const. George Tudos.

Police had shut down roads in the area for the rescue.

The Ministry of Labour was contacted about the incident, Tudos said.

On scene of a trench rescue on Verdun Avenue. Crews working hard to free a victim. <a href=”https://t.co/dXoj5pEba1″>pic.twitter.com/dXoj5pEba1</a>