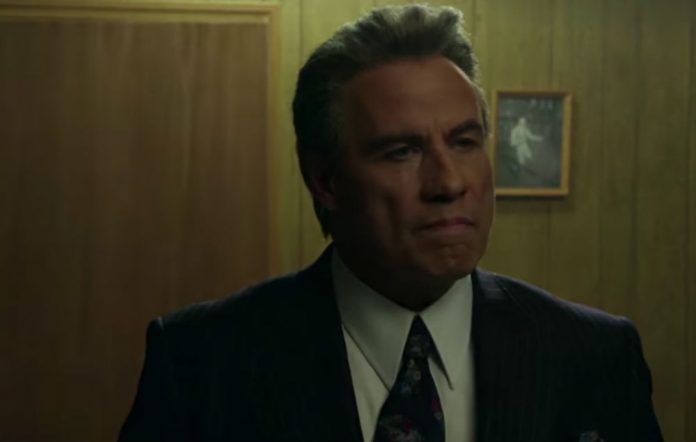 It’s a remarkable piece of Trumpian misdirection for a movie that is, by all accounts, fucking shit

How bad does a movie have to be to achieve a 0% rating on Rotten Tomatoes? The review aggregation site usually reserves that astonishing low for crappy sequels of third-rate franchises (hello, Highlander 2: The Quickening, my frail old friend) but, in exceptional circumstances, will aggregate a big fat zero for original premises so poorly executed that they’re deemed to have no redeeming qualities whatsoever.

Let’s think about that for second. No redeeming qualities. Whatsoever. Michael Caine once said that he’s never watched Jaws: The Revenge, the rubbery creature feature that he made in 1987, adding, “by all accounts it is terrible; however, I have seen the house that it built, and it is terrific.”  Jaws: The Revenge achieved a pristine 0% on Rotten Tomatoes, but at least there was something in it for Mr and Mrs Caine. The latest movie to achieve a shimmering 0% on the website is Gotti, John Travolta’s biopic of the infamous New York mobster John Gotti. If there is a redeeming feature here, critics struggled to see it.

The New York Times concluded that the movie “a dismal mess”. For The Hollywood Reporter, the movie is “poorly written, devoid of tension, ridiculous in spots and just plain dull in others”. Think this sounds ironically fun? Thinking about getting your pals round for a few brewskies and a good giggle? Maybe throw in some chips ‘n’ dip? Stop right there! The website Pajiba has news for you. “You might think this sounds hilariously bad,” their reviewer wrote. “It must be so bad it’s kind of good, right? Wrong. Gotti is not remotely fun, even ironically.”

Gotti, then, looks fucking shit. The Razzies – the awards ceremony that showers gongs on movies that are, in no uncertain terms, fucking shit – seem assured. Yet its ad campaign is, perhaps, worthy of a few industry awards. The studio has reclaimed its shitness, is owning the movie’s shitness. They have released an actually-quite-exciting trailer that weaves a conspiracy theory about the critics’ reception to the biopic.

Travolta glowers like a man receiving the worst reviews of his career. Text flashes up on the screen: “Audiences loved Gotti. Critics put out the hit. Who do you trust more: yourself or a troll behind a keyboard?” Meanwhile, snippets of dialogue, which allude to the trials and tribulations of being John Gotti, actually double-up as comment on the fall-out facing the movie. “You’ve never been under this kind of scrutiny before,” someone whispers, while Gotti insists, “You fight until you can’t fight no more.” Another voice adds: “Never back off. Ever.”

It’s actually a really clever clip, a Trumpian piece of misdirection that purports to remove power from the elites class and hand it over to everyday folk. Yet there is a final twist in the tale.

Because doubt has been cast on the suggestion that “audiences loved Gotti.” The movie holds a 71% audience rating on Rotten Tomatoes, yet many of those reviewers have never reviewed anything else, leading some to suggest that they’re spam accounts. If this is the case, let’s hope the genius account manager in charge of the ad campaign buys their mum a nice house with the spoils.