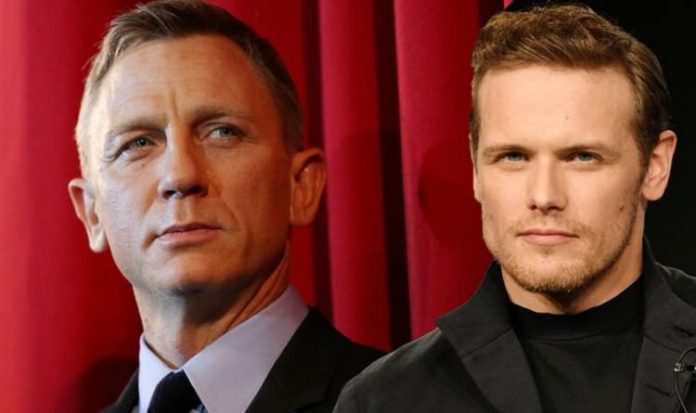 No Time To Die was recently delayed to October 8, 2021, due to the ongoing coronavirus pandemic. The film will show off Daniel Craig’s final performance as the iconic character, James Bond, before his role is filled by another British star. One of the best-loved stars looking to take on the character is Outlander’s Sam Heughan, who has not been shy about wanting to play Bond, as in an interview last year Heughan announced he would “obviously” want to try out in the role.

This week Heughan has been promoting his Starz show Men In Kilts, where he journeys through Scotland with co-star Graham McTavish.

Within one of the show’s latest Instagram posts is a tease on Hueghan potentially claiming the role.

The image shows off Heughan in a traditional Scottish suit, complete with kilt and bowtie.

The image is captioned: “The name is Heughan. Sam Heughan.”

Heughan certainly cannot be blamed for feeling confident about becoming the next potential Bond, as he has been in the frontrunners for over a year.

At the moment, the Scottish actor has a 12/1 chance of becoming Bond later this year, after No Time To Die has been released.

In interviews he has not hidden his desire to become the second-ever Scottish actor to claim the role – after the late Sir Sean Connery.

An interview on This Morning in 2020 saw him saying: “It would be a big yes.”

Heughan added: “They were going to go younger with him and it was a pretty cool experience.”

Eventually he lost out to Craig, who took the role in Casino Royale, and has been Bond for 17 years.

At the time of writing, the frontrunners for the next Bond have seen a massive change-up with the arrival of Netflix actor Regé-Jean Page.

The actor was recently shot to stardom with the release of Bridgerton, a period drama where René-Jean plays the heartthrob Simon Basset, Duke of Hastings.

Since his popularity has spiked, he has become one of the running favourites to become Bond before the year ends.

The 31-year-old currently has 5/1 odds on donning the tuxedo, jumping in front of the likes of Idris Elba and Tom Hiddleston.

Regé-Jean himself has said he doesn’t think there is too much merit in the rumours, however.

Speaking out about the fan-casting on The Tonight Show with Jimmy Fallon, René-Jean said: “If you’re a Brit and you do something of any regard that people renown well, people are going to start saying the ‘B word.’”