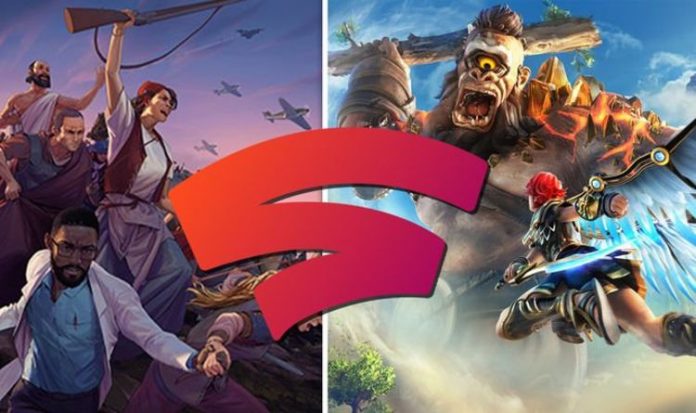 Google Stadia continues to show signs of improvement, as the platform-holder announces its Three Days of Demos initiative.

“Jump into Elimination mode, one of the two game styles available in the full game, and play head-to-head in 64-player last-PAC-MAN-standing battles!

“PAC-MAN Mega Tunnel Battle introduces new power-ups, a variety of character customizations and mazes, and a new Spectator mode that allows players to impact the game from the sidelines.”

The full game launches as a timed Google Stadia exclusive on November 17.

“Scavenge, craft and overcome challenges in the sandbox world of a mysterious amusement park. Put together incredible machines built of scrap, and beware of the Neighbor.”

The Three Days of Demos initiative continues on October 21 with a demo for Sega’s intriguing strategy game Humankind. It looks like Google will unveil additional demos on the day.

“HUMANKIND is a historical, turn-based strategy game where YOU will rewrite the entire narrative of humankind to create a civilization that is as unique as you are.”

As part of the day three offerings, Google Stadia users will be able to sample Ubisoft’s Immortals Fenyx Rising.

This beautiful looking action adventure game tasks players with defeating mythological beasts in order to save the Greek gods from a dark curse.

“Play as Fenyx, a new winged demigod, on a quest to save the Greek gods and their home from a dark curse,” reads the official description.

“Take on mythological beasts, master the legendary powers of the gods, and defeat Typhon, the deadliest Titan in Greek mythology, in an epic fight for the ages.”