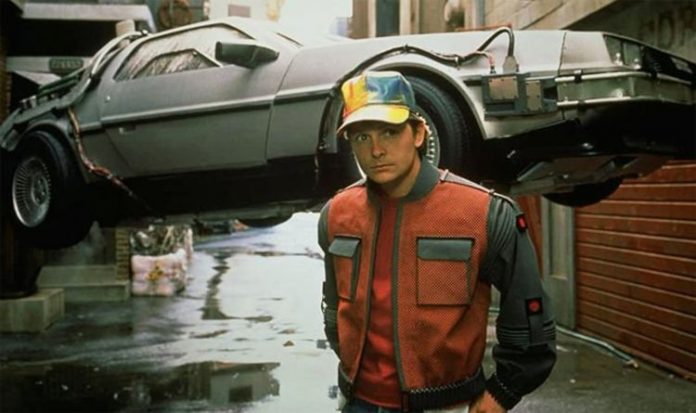 Five years ago, movie fans celebrated Back to the Future Day. October 21, 2015 was the date that Doc Brown, Marty McFly and Jennifer Parker arrived in future Hill Valley at the start of Back to the Future Part II. The much-loved 1989 sequel imagined a 2015 with flying cars and hoverboards – sadly a future that never came to be.

Nevertheless, an intriguing fan theory argues that Marty McFly changed the past, thus creating the 2015 without those inventions in our timeline.

Reddit user kravatz argued: “In the second Back To The Future movie, Marty travels to a very different 2015 from ours.

“There Marty learns that Future Marty’s life is not that great and that it is a consequence from a car accident he had back in 1985.

“When Marty returns to 1985 in the third movie and takes Jennifer for a ride in the new truck, he has learned not to lose his temper when someone calls him a chicken and with knowledge of the future he doesn’t race Needles.”

READ MORE: Back to the Future 4: Bob Gale on why sequel will NEVER happen

Gale replied: “Y’know we kick around things every once in a while.

“But look, the bottom line is, doing Back to the Future without Michael J Fox is just not something that we want to see; I don’t think anybody wants to see.

“To create a future version of Marty McFly where he has Parkinson’s disease…that really doesn’t sit right.”

Back To The Future: The Ultimate Trilogy available on 4K HD now.