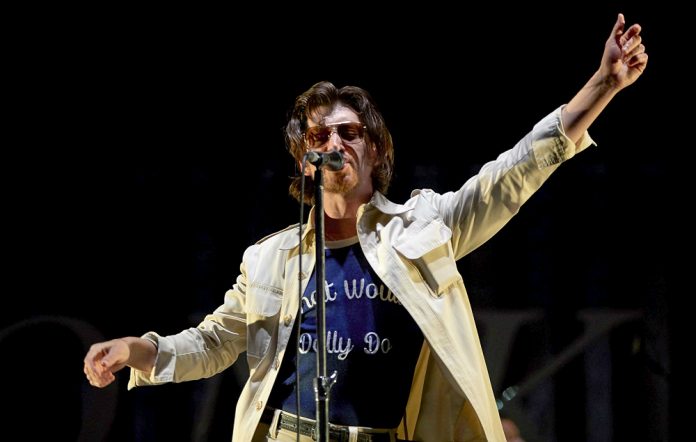 Still got pictures of friends on the wall…

Last night saw Arctic Monkeys play the ‘Tranquility Base Hotel & Casino‘ track ‘The Ultracheese’ live for first time. Check out footage and the setlist below.

The band, who returned to their UK return with a stellar show at London’s Royal Albert Hall earlier this month, are now back in the States before they head back for a run of European Festival dates.

During their show at the Ascend Ampitheatre in Nashville, Tennesse, Alex Turner led the band through a spirited rendition of the closing track of their latest album.

Four Out of Five
Do I Wanna Know?
Brianstorm
Don’t Sit Down ‘Cause I’ve Moved Your Chair
Crying Lightning
Why’d You Only Call Me When You’re High?
505
Batphone
Do Me a Favour
Cornerstone
The Ultracheese (Live debut)
Knee Socks
Arabella
One Point Perspective
Fireside
Pretty Visitors
I Bet You Look Good on the Dancefloor
Encore:
Star Treatment
The View From the Afternoon
R U Mine?

Other than playing Scotland’s TRNSMT Festival, the band’s upcoming UK and Ireland tour dates are below. Tickets are available here.