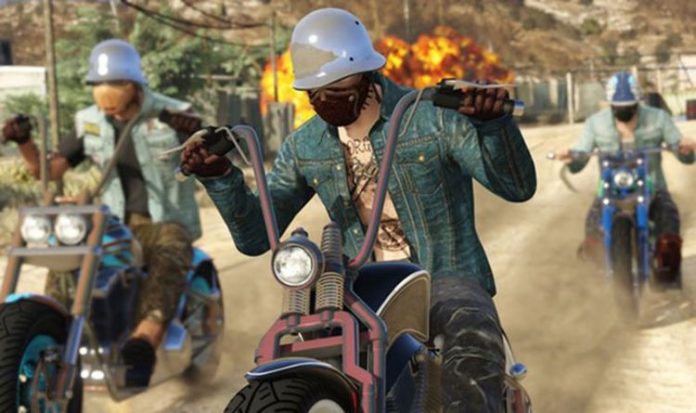 This week’s new find suggests that the GTA 6 release date might not be the only one Rockstar Games is planning for.

We’ve already heard how the next Grand Theft Auto game will likely smash records set by GTA 5, which is one of the biggest video game releases of all time.

But fans have spotted something new this week, suggesting that Rockstar might be working on multiple projects for the PS5 and Xbox Series X consoles.

Rockstar used to launch games faster, but everything changed with the release of Grand Theft Auto V.

Ever since GTA Online became a smash-hit, Rockstar has been focusing on developing new multiplayer content.

At the same time, while GTA Online became a huge cash-cow, Red Dead Redemption 2 was slowly being put together, finally launching after several delays in 2018.

This clearly showed that Rockstar Games could handle multiple big projects, which helps explain a recent find by gamers.

Trying to find clues regarding GTA 6 has become a fun endeavour for fans as they await a full reveal.

And this includes looking through recent LinkedIn changes, one of which has been flagged online.

As shared by CharlieIntel, a member of the Rockstar Games development team updated their page to include a tiny snippet of information.

It makes sense that GTA 6 would be one of those new games being worked on by Rockstar Games, as rumours suggest that the project has been in development for several years.

Unfortunately for us, we don’t have any other information on what these other games could be.

There’s a chance that this includes a title that has already been cancelled by the parent company, Take-Two Interactive.

Bully 2 was reportedly in the works for PS5 and Xbox One but was eventually canned before it could be announced.

But if the Bully sequel is never coming to market, it’s unlikely that it would be listed as To-Be-Confirmed.

GTA 6 and Bully aren’t the only high-profile gaming projects Rockstar Games has been linked to in 2021.

Other reports have suggested that a complete edition of GTA 4 could be coming to next-gen consoles, while the development team have also been linked to a new cancelled Bully 2 sequel.

And with a next-gen version of GTA 5 expected to launch around October time this year, there’s plenty of news that could be shared by Rockstar Games in the coming weeks, even if it isn’t connected to Grand Theft Auto 6.

Fans are hoping for some kind of announcement during Super Bowl 55, which is something that comes up each year.

Rockstar Games could choose to announce its next Grand Theft Auto whenever it wants, and however, they want.

Red Dead Redemption 2 was first teased via a Twitter post, so while it makes sense that the Super Bowl would make the perfect stage, the sheer popularity of the GTA series makes it unneeded.

Whatever does happen next, gamers shouldn’t be surprised if 2021 continues without any major GTA 6 release date reveal.