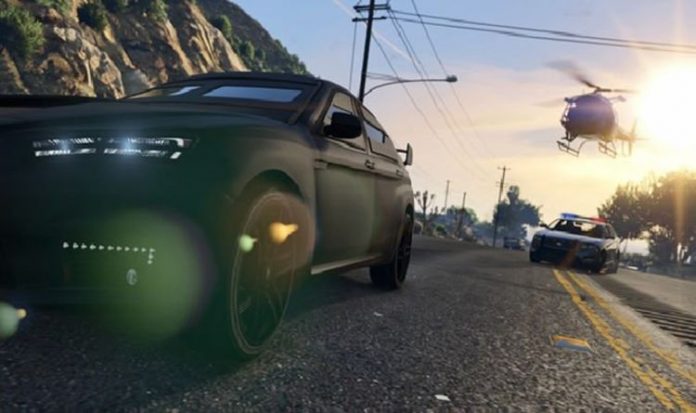 With the GTA 6 release date now destined for next-gen consoles, it means that Grand Theft Auto will be skipping over the PS4 and Xbox One.

The upside is that Rockstar Games will be able to use the enhanced power that the PS5 and Xbox Series X offers.

And this will also be good news for PC gamers, who will be able to enjoy a higher-level of specs when it does arrive.

And while we now know It will be a while before we get to play GTA 6, analysts are looking at the extended gap as a good thing.

With gamers tired of waiting for the big announcement, there’s a chance of impatience tipping over.

But with at least 12 to 36 months to wait until a GTA 6 release date, there are industry watchers who believe it will be for the best in the long-term.

As pointed out by The Motley Fool, Cyberpunk 2077 has failed to live up to expectations, and even though it has sold a lot of copies, CD Projekt Red’s popularity has taken a hit.

The report reads: “While the Warsaw-based company has talented people working on games and can recover, poor decisions were made to release Cyberpunk 2077 well before the game was ready. That will certainly make gamers think twice before pre-ordering a new release from the company again.

“The most important takeaway from this episode is the striking contrast with Take-Two’s approach, where a commitment to perfection has led to franchises like Grand Theft Auto and Red Dead Redemption continuing to grow.”

Take-Two’s CEO Strauss Zelnick was asked what was being done to avoid issues with the company’s own leading and complex games.

Zelnick responded by highlighting Rockstar Games and its commitment to quality, adding:

“We’re always looking over our shoulders. We’re always trying to figure out what we can do better. We’re, I think the most self critical group I’ve ever run into.

“How do we maintain our commitment to quality by making sure that our creative teams pursue what they’re passionate is about, and don’t pursue something they’re not passionate about and by maintaining operational and financial discipline at the same time.

“And the effect of that is we can have long development cycles. And we’ve been criticized for that.

“But I think the case that you’re alluding to reflects the fact that you’re always better served to wait for perfection if you can create perfection. And all of our labels are seeking perfection. And we don’t always succeed, sometimes we fall short. But that’s the goal. And if anything in these times cause us to sharpen our minds further and sharpen our discipline further and try harder.

“So yes right and it’s great that Rockstar Games continues to put out add-on content and additional content for Grand Theft Auto Online and for Red Dead Online.

“But they’ve put out material that they really believe in that they’re passionate about and that is of the highest possible quality. And that means we’re not on a weekly cadence and we’re not going to be in that means we don’t necessarily know the exact release date.”

Motley Fool highlights that the long wait time for the GTA 6 release date, could make a big splash in the future, with the report adding:

“CD Projekt should have taken a cue from Take-Two’s Rockstar Games, the maker of Grand Theft Auto, which delayed the release of Red Dead Redemption 2 for over a year before releasing the game in the fall of 2018. Unlike Cyberpunk 2077, Red Dead Redemption 2 launched to glowing reviews and has gone on to sell 36 million copies…

“It’s obvious that patience is valued in Take-Two’s corporate culture. The company has been criticized for its long development cycles. We’re still waiting on the next installment of the Grand Theft Auto series after seven years, and it took eight years before Rockstar launched the second installment in the Red Dead Redemption franchise.”

It seems likely that Take-Two Interactive will do whatever is needed to avoid fan disappointment, even if that means waiting longer for the next Grand Theft Auto game.