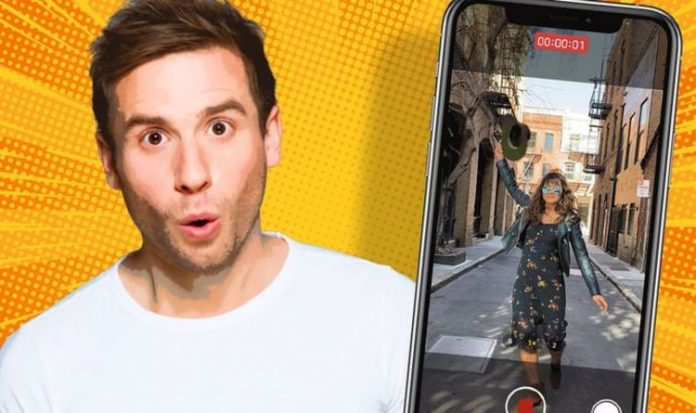 Apple’s iPhone is easily the best smartphone when it comes to shooting video. While it has some tough competition from the likes of Google Pixel and Samsung, the picture quality, shooting options, and simplicity of the iPhone make it the go-to choice for anyone filming a family video or starting a career on YouTube. That’s why it’s so frustrating that Apple seemingly won’t let you add a soundtrack to your home movie by playing music from your iPhone when you hit the record button.

Thankfully, a viral video from Erik Tollefsrud viewed by more than two million times on TikTok reveals a workaround to do exactly that.

The trick takes advantage of a recent addition to iOS, which lets you start shooting video by holding down on the shutter button within the camera app. This was introduced in iOS 13 and was designed to ensure iPhone owners never miss the action because they were swiping between different modes.

According to Tollefsrud, it’s only with this feature that you’re able to add the track currently playing in your Apple Music or Spotify app to the background of your film. Make sure your camera app is set to Photo mode, then head back to the music provider of your choice and start playing a track. Jump back into the Camera app and then press and hold on the shutter button to start filming.

This will start recording – while keeping your music playing in the background. With your fingertip still holding down on the shutter, you can slide to the right to lock your iPhone into video mode (so you can take your finger off the touchscreen).

Crucially, this trick will only work with an iPhone 11 or newer. If you have an iPhone XS or iPhone XR, you’ll need to hold down the Volume Down button on the side of your handset to start a video when in camera mode. If you’re confused where Burst Mode (shooting a continuous stream of high-resolution photographs so you won’t miss the perfect shot) has gone in all this then don’t worry.

If you own an iPhone XS, iPhone XR, or newer running iOS 14, you can access Burst Mode by pressing the Volume Up button. Just go to Settings > Camera and turn on Use Volume Up for Burst.

Since the tip was shared in his video, TikTok user @erik_tollefsrud has received more than 400,000 likes and 5,000 comments. Impressed viewers praised: “This is the most helpful thing I’ve ever seen.” Another has admitted: “You just CHANGED MY LIFE.”

“Years of ‘iPhone tips’ from different content creators…. and you are the first one to actually teach me something I wasn’t aware of. Thank you!” gushed another comment.