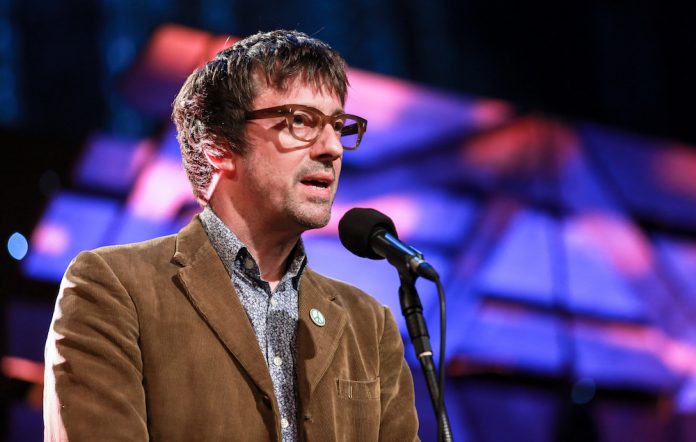 The guitarist has spoken about his plans for new music

Graham Coxon has given an update on his solo projects and explained why he doesn’t “see why there can’t be another Blur album.”

The guitarist recently composed the score to the TV show The End Of The F***ing World. His last solo studio album ‘A+E‘ was released in 2012.

Appearing on Consequence Of Sound‘s podcast, Coxon first revealed there were “no plans right now” for a new Blur record. However, he said he wanted to make another album with the band, but it was “impossible to say yes and when to because these things just come out of nowhere.”

“I really don’t see why not and why there can’t be another Blur album,” he continued. “We’re all still alive and in reasonable control of our faculties. It’s just the time when that notion comes upon us all and the stars align and we go, ‘Yeah, why not?’”

Coxon sounds like he has plenty of his own solo projects on the go, in the meantime. “I’m always writing,” he said, before revealing he had just finished a “conceptual piece of recording” that he will do “something with at some point.”

He added that he also had an unreleased album “that’s been sitting around for years” that he wanted to share with his fans. “I think people who like my music will like that,” he said. “It’s very me-ish – it’s kind of indie-ish and ’60s-influenced,” he said of the record, which was recorded at the same time as ‘A+E’.

As well as teasing a couple of secret projects he couldn’t talk about, the guitarist said he also hoped to play some live shows soon and “do the stuff that scares me to death, like play some more intimate shows with not a lot of amplification.”

Earlier this year, Coxon sounded less hopeful about Blur’s future, saying he didn’t “know why there would be” another record from the band on the horizon. “When you get older it gets more difficult,” he said. “Time gets less to do those things so that’s probably why a lot of musicians go really downhill creatively as they get older.”