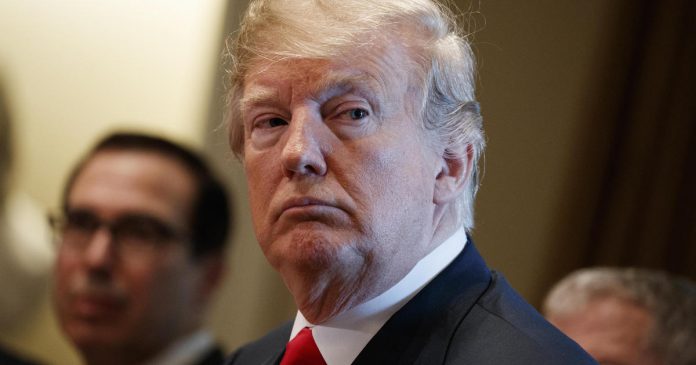 “We still have to maintain toughness or our country will be overrun by people, by crime, by all of the things that we don’t stand for and that we don’t want,” Mr. Trump said during a Wednesday meeting with members of Congress at the White House. “So I’m going to be signing an executive order in a little while before I go to Minnesota. But at the same time I think you have to understand we are keeping families together, but we have to keep our borders strong.”

He called the measure “somewhat preemptive” but called on Congress to work toward a more permanent fix on the issue, saying that perhaps a more comprehensive immigration reform bill — one that may tackle the family separation issue, while also addressing security concerns, etc.– may be possible.

With this, he also called on Democrats for support.

“They really would like to have open borders where they can just flow in,” Mr. Trump said of congressional Democrats.

Family separation has seen a recent uptick due to Attorney General Jeff Sessions’ “zero-tolerance” policy for illegal entry at the U.S.-Mexico border. Because any illegal border crossing is prosecuted, parents and children are separated during the legal process.

The president said child smugglers, which he cited as a major reason behind that parent-child separation policy Tuesday, “use these children as passports to get into the country.”

“We don’t want families to be separated,” Pence said. “We don’t want children taken away from parents, but right now under the law, as we sit with these law makers, we only have two choices before us: number one, don’t prosecute people who come into our country illegally. Or, prosecute them and then under court cases and the law, they have to be separated from their children.”

Mr. Trump also announced that he will be cancelling the congressional picnic Thursday, saying that it “didn’t feel right” to host the gathering while lawmakers and the administration work towards a solution on immigration.

“We want to solve this immigration problem,” Mr. Trump said.

This meeting marks Mr. Trump’s second meeting with Congress this week, following his meeting with House GOP members Tuesday, in the midst of a backlash over the separation of immigrant children from their parents who enter the country illegally through the southern border.