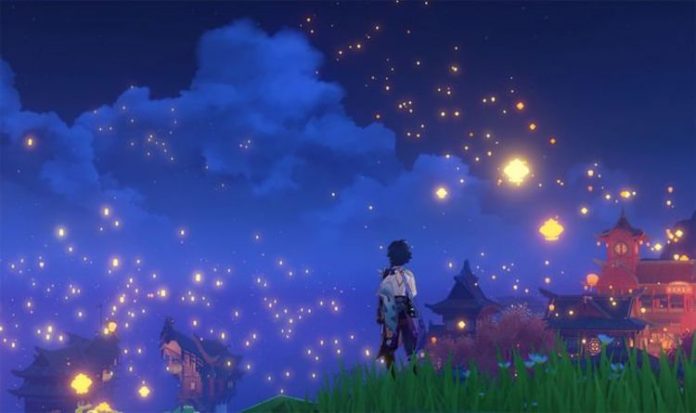 Genshin Impact 1.3 is launching as part of a major new update that will bring the Xiao Banner, among other things, to the popular free-to-play game.

This will mean maintenance and downloading a new patch across all platforms on February 3, 2021.

And the first phase of this rollout will be the official pre-load and testing period from developers MiHoYo.

The Genshin Impact 1.3 pre-load has a scheduled release time on February 1, at around 3am GMT.

From what has been shared so far, this option will be available on PC and Mobile, with no option coming to PlayStation 4.

And if you play Genshin Impact on PC, you’ll still be able to play the game while getting ready for the pre-load, with a few limitations.

A message from MiHoYo explains: “Travelers on PC can still play the game while pre-installing game resources. Pre-installation will take up a certain amount of your network’s bandwidth, so it’s best to make sure you have a good network connection before beginning pre-installation.

“Travelers on mobile platforms will be unable to play the game while pre-installing game resources. It’s recommended that Travelers complete any Domains or other challenges they wish to finish first before beginning the pre-installation process.

“After the pre-installation process is complete, Travelers can experience the new version content faster once the update maintenance period is finished.”

And as you might expect, by pre-loading the new big Genshin Impact update, you will reduce the time that the game spends updating resources on the first time you enter Version 1.3, even if you did not fully complete pre-installation.

To get ready to pre-load later today, here are the instructions being shared:

After completing pre-installation, when the version update is released, open the launcher again and click “Update” to install the game directly without any further need to download game resources.

According to MiHoYo, when the version update is released, Travelers on iOS devices must enter the App Store and tap Update. Android users may open the game and follow the directions on-screen (or open Google Play and tap Update).

Another big part of this week’s Genshin Impact update will be the release of the Xiao Banner event. This will be available after Genshin Impact 1.3 is released on February 3.

Genshin Impact’s Xiao will be an anemo polearm user, joining the likes of Xiangling and Zhongli, and making him a bit of a rarer commodity.

Xiao is also sounding like a bit of a powerhouse, with no support character stats being promoted by the MiHoYo team.

Instead, the next five-star character in Genshin Impact is going to be dishing out burst damage at high speeds, which sounds pretty exciting.

This week has seen the development team reveal Xiao’s backstory and also his ability list, which can be found listed below:

Lemniscatic Wind Cycling: Performs high-speed dash and deals Anemo damage to enemies in his path. Can be used while airborne and starts with two charges.

Bane of All Evil elemental burst: Improves a number of stats, including Xiao’s jumping ability, DMG rates, which is also converted to Anemo.

The effects end when Xiao leaves the field and also causes the character to lose HP while in this state.

Genshin Impact is available to download for free today on PS4, PC and Mobile platforms.