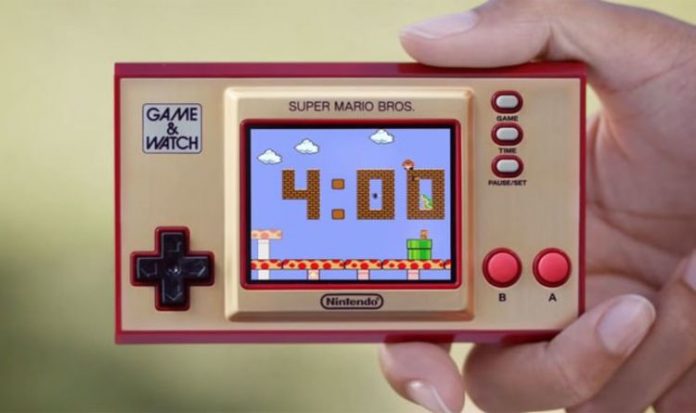 And if you missed out first time around – or are looking for some sweet, sweet nostalgia – then Nintendo has just the ticket for you.

As part of their 35th anniversary celebrations for Mario, Ninty has today (Friday November 13) released a brand new Game & Watch – updated for the modern age.

The Game & Watch: Super Mario Bros edition features a classic design seen on many of the original Game & Watch devices, but this time around boasts a modern colour LCD display.

It also features a rechargeable battery that can be topped up with a USB C cable, and has three games bundled with it – Super Mario Bros, Super Mario Bros: The Lost Levels and the Mario version of Ball.

Not only that but the new Game & Watch also features a digital clock which has 35 little touches for players to discover.

The Game & Watch: Super Mario Bros handheld is out today, and the best price you can get it for is from the official Nintendo UK store.