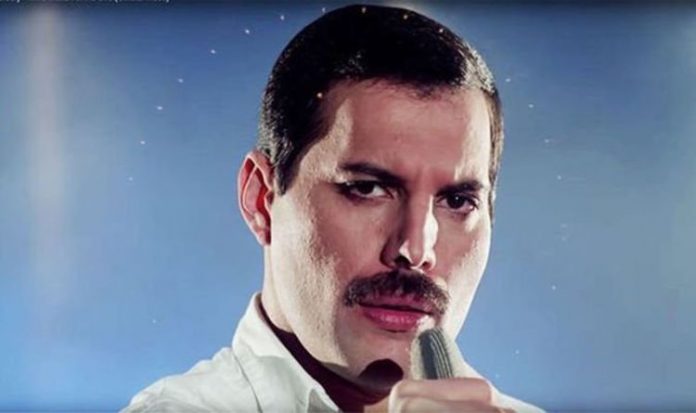 By November 1991 it was clear that Freddie’s health was failing fast. He decided to stop taking his AIDS medication although painkillers were still necessary. Bedbound, the star invited his family and bandmates for brief visits, along with trusted friends like Elton John. None of them realised at the time but he was saying goodbye. In the final days, he was only seen by his partner Jim Hutton, his ex-boyfriend Joe Fanelli and Peter Freestone – all three of whom lived at Freddie’s West Kensington mansion – as well as his ex-girlfriend Mary Austin and close friend Dave Clarke. Peter spoke exclusively to The Express about those last days and Freddie’s final act of courage.

Freddie died in the early evening of Sunday, November 24.

Peter said; “On Thursday, Freddie asked that we get Jim Beach (Queen’s manager) on the telephone and then informed us that he had arranged for Jim to come over and see him. We realised it must be for something quite serious because of Freddie’s general health….

“Jim thus arrived at about ten o’clock in the morning and went straight up to Freddie’s bedroom. At one point Joe what up and provided them with what must have been much needed refreshments.

“At about three-thirty, after a long meeting of five-and-half hours, which shows that Freddie was still entirely capable of rational thought, Jim beach came downstairs and informed us of the basic content of the previous hours’ discussions.”

READ MORE: Freddie Mercury: The FINAL woman in his life after Mary ‘They were in love’

Peter added: “Freddie and he had decided that it was time to release a statement with regards to Freddie’s Aids status. Obviously this came as a great shock to us…

“None of us knew exactly how to react at this point. After all the years of having to keep this huge secret to ourselves, it was going to be broadcast to the world.”

Peter and the others knew this would make “public liars” of them after deceiving so many people for so long, but Freddie had also tried to protect them by keeping it a secert.

Peter explained: “Freddie thought about releasing a statement at various times during previous years but was always held back by his feelings and concern towards us and his family, the people closest to him. He wanted to protect us as much as himself from the glare and scrutiny.”

Peter said all of Freddie’s inner circle were gathered in the kitchen and asked for their thoughts: “After discussion, we accepted the reasons behind it.

“A lot of good could come out of Freddie admitting to having the disease while still alive. His circumstances and celebrity could be used as a basis for the benefit of other sufferers and those affected by the disease. It would show that anyone was at risk.”

The statement was held back and released on the Friday evening hoping to avoid the more tabloidy weekday press and hoping that the weekend editions would be more respectful and measured in the coverage.

On Friday, Peter said: “Freddie had a fairly peaceful night as though a weight had been lifted from his shoulders.”

The next day, of course, the news was splashed across every front page and on all the main TV news programmes. So, how did Freddie react?

Peter said Freddie remained calm, the reactions of the press “no longer concerned him.”

The friends had their last ever conversation two days before Freddie died.

Peter told us: “I have never seen him so relaxed because the secret was out. There was nothing to hide. He had stopped taking his medication and he was prepared.”

Peter added: “He took my hand and said ‘thank you.’ I don’t know if he had decided that was it, he was going, there was nothing to stay alive for. If it was for everything over the twelve years or just for that last shift. I suppose it doesn’t really matter.”

On the Saturday night, Freddie slipped into a coma from which he would not wake and he passed away early on Sunday evening shortly before 7pm.

The news was released to the press early the following morning.