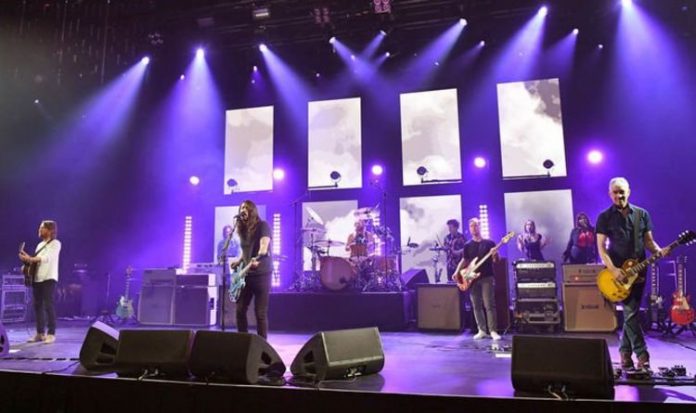 After 25 years of rock, the band have decided to explore “groove”. The funky Shame Shame is closer to Let’s Dance-era Bowie than Best Of You while the slower Chasing Birds has an almost Bee Gees vibe. There’s an obvious INXS influence and more poppy production courtesy of Greg Kurstin. And it works. The new songs still have that unmistakable Foo Fighters feel, the huge choruses and the euphoria, but the Foos have pushed themselves out of their comfort zone and confounded expectations.

Fans who prefer not to boogie will be delighted by the two new flat-out rockers – the galloping humanist protest song No Son Of Mine and the equally blistering Love Dies Young, the album’s turbocharged final track.

Inspired by Motorhead, No Son Of Mine belts along like an express train and packs in a sparkling guitar solo.

Waiting On A War starts more sedately but builds into a powerful anthem with Grohl singing about growing up in Washington DC under the threat of a Cold War nuclear holocaust in the 80s – fears he says his middle daughter Harper is now experiencing in our own era of renewed international aggression.

News footage from North Korea in 2019 worried her and the video for the song contrasts kids with adults wearing brown paper bags over their heads. Yes sir, Grohl can boogie, but his lyrics still bite.

He didn’t need to take this risk. But he did and they’ve pulled it off. What a cracker.