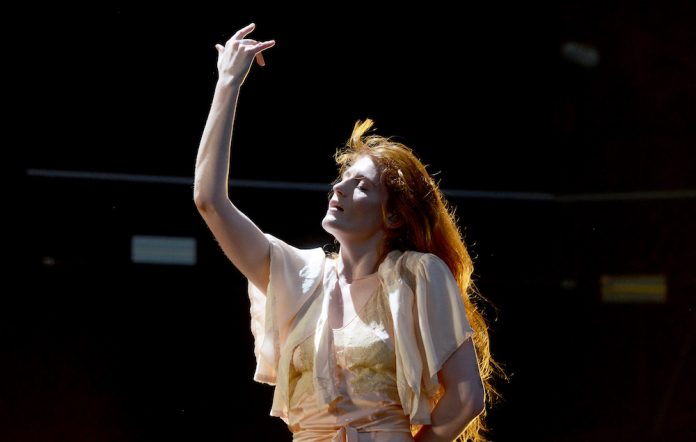 The latest track from the new album will arrive later today

Florence + The Machine have teased the release of new song ‘Big God’.

The group, led by Florence Welch, are set to release their new album ‘High As Hope’ later this month. It follows 2016’s’ ‘How Big, How Blue, How Beautiful‘.

The new track was confirmed to be arriving later today (June 19) in a post on the band’s official Twitter page. “BIG GOD. Tomorrow. @ZaneLowe @Beats1 World Record,” the tweet read. The artwork for the single was also featured, showing a pink rose reflected on a black background.

‘Big God’ will be the third studio recording to be shared from ‘High As Hope’, which is due out on June 29, following ‘Hunger’ and ‘Sky Full Of Song‘. Florence + The Machine also previewed two more new tracks at a recent show in Halifax in the form of ‘100 Years’ and ‘Patricia’.

Meanwhile, the group is set to head out on a headline tour of UK arenas later this year. Tickets are available to purchase here.

Florence + The Machine will play:

Welch recently discussed the new record on Annie Mac’s BBC Radio 1 show, explaining how she stopped drinking to work on it. “It’s interesting because I think I never knew how to come down after a tour before, so I would just go on a massive bender,” she said. “And I wasn’t doing that, so I just went straight back into the studio.”