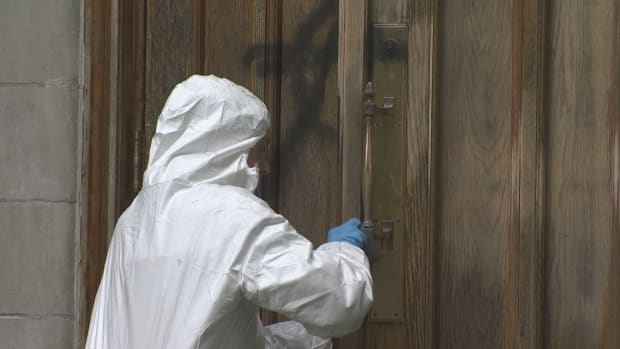 A 122-year-old Catholic cemetery that serves as the final resting place for some victims of the Halifax explosion, the Titanic sinking and soldiers from both World Wars has been struck by vandals.

Upside-down crosses, an anarchist symbol and the F-word, which was misspelled, followed by the word religion were spray painted on statues, signs and on the ground at Mount Olivet Cemetery on Mumford Road.

The Church of St. Theresa, a catholic church on North Street in central Halifax, was also hit with spray paint.

“I was very discouraged, not to mention the fact that I was pretty mad or enraged at the same time,” said Paul MacDonald the superintendent for the Catholic cemeteries of Halifax. 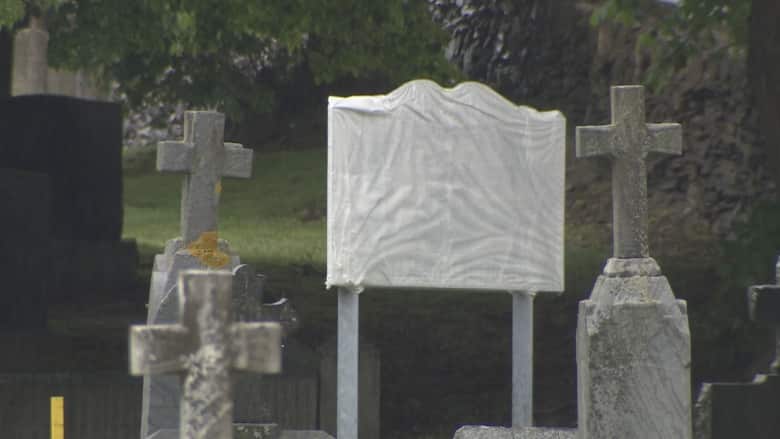 Some words and images have been covered until they can be removed. (David Laughlin/CBC)

He found the vandalism at the cemetery on Monday at 7:30 a.m. He suspects the vandals struck Sunday night or early Monday morning.

He said this kind of vandalism isn’t new to the archdiocese, but it’s the first time the Mount Olivet Cemetery has been targeted.

Both Saint Benedict’s and St. Agnes Churches in Halifax were marked with graffiti at Easter. 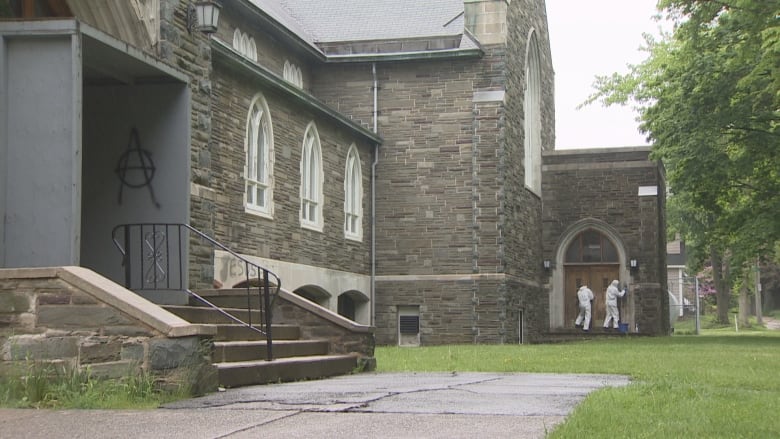 Paul MacDonald, the superintendent for Catholic cemeteries in Halifax, doesn’t know why people would vandalize a church or a cemetery. (David Laughlin/CBC)

The graffiti at the cemetery has been reported to the Halifax Regional Police, according to a news release sent out by the Archdiocese of Halifax-Yarmouth,

Archbishop Anthony Mancini said in a news release that it wasn’t only the damage that was upsetting but also the expression of “anti-Christian feelings and hate that is most worrisome.”

MacDonald said the damage to the cemetery is significant and he doesn’t know how much it will cost to repair. In the meantime, the statues and signs covered in spray paint have been wrapped in plastic so the graffiti can’t be seen. 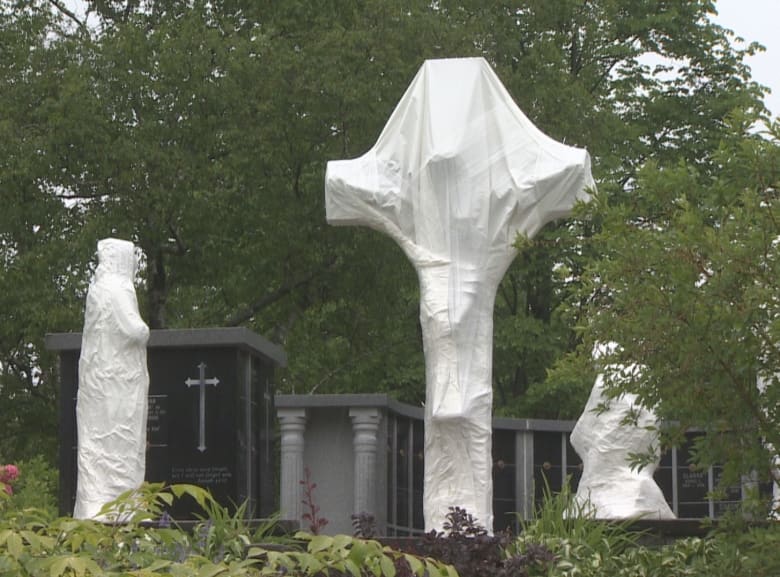 The crosses, statues and signs that were defaced in Mount Olivet Cemetery have been covered until they can be properly cleaned and repaired. (David Laughlin/CBC)

“We’ll be dealing with the monument company in regards to the best way to clean these marble statues and try to see what we can do about the signage as well,” said MacDonald. “This is going to be a big job and it’s not going to happen overnight.”

Some of the statues and crucifixes are 40 years old and made of white marble, making them hard to clean without damaging the stone, said MacDonald. 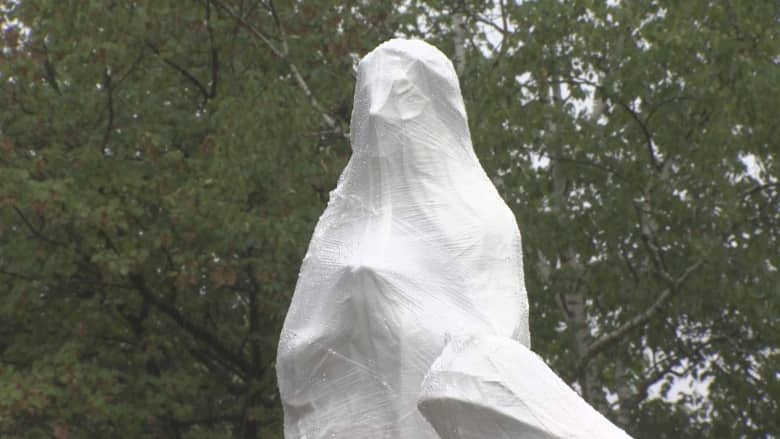 MacDonald is reaching out to a monument company to figure out the best way to clean the cemetery’s marble statues. (David Laughlin/CBC)

He said he is sorry for those who come to visit the cemetery. He said he will pray for them, but also for the people who committed the vandalism.

“It’s a hatred towards religion and I have no reason in my mind why someone would want to come in and do this,” he said. “There are other ways to voice your opinion than to come and to vandalize a sacred property.”