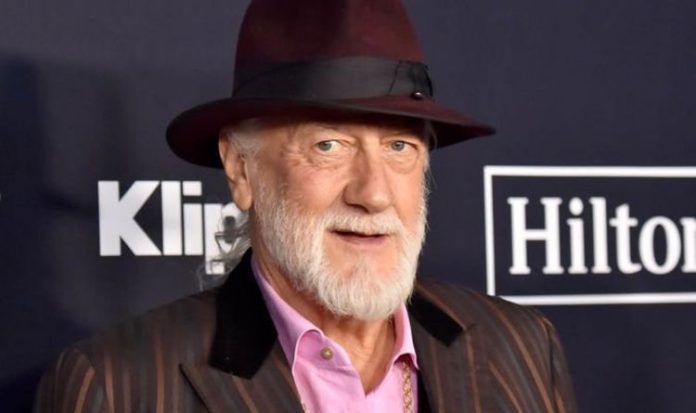 The musician says things “got out of hand” after the huge success of the band’s 1977 album Rumours, when he and American singer Stevie Nicks led the partying. Mick, 73, told Classic Rock Magazine: “There’s no doubt we were well equipped with the marching powder. “That’s a well-worn fairy tale that gets more like a war story, that gets more and more aggrandised.

“I’m not minimalising the fact that we were definitely partaking in that lifestyle.

“But these weren’t a bunch of people crawling along the floor with green froth coming out of their mouths. We were working, you know?

“That went on for a long, long time, and Stevie [Nicks] has addressed it, so I’m not divulging anything that she hasn’t spoken about.

“It got out of hand way after the making of Rumours.

“I remember not working for two years. I can’t even remember what I did. I was the party animal in the band, for sure. I would venture to say that Stevie was a close second.”

They took their name from the surnames of Mick and bassist John “Mac” McVie.

McVie’s wife and session keyboard player Christine McVie was added to the group in 1970 and American duo Lindsey Buckingham and Nicks joined five years later. Their most famous album, Rumours, was No1 in the UK and America – remaining at the top of the US charts for 31 weeks.

The track Dreams topped the singles chart and The Chain was used by the BBC for its coverage of Formula One.

Mick, the father of four daughters, is the only member of the group to have remained constant in the line-up throughout its many changes. He continues to tour with the band.